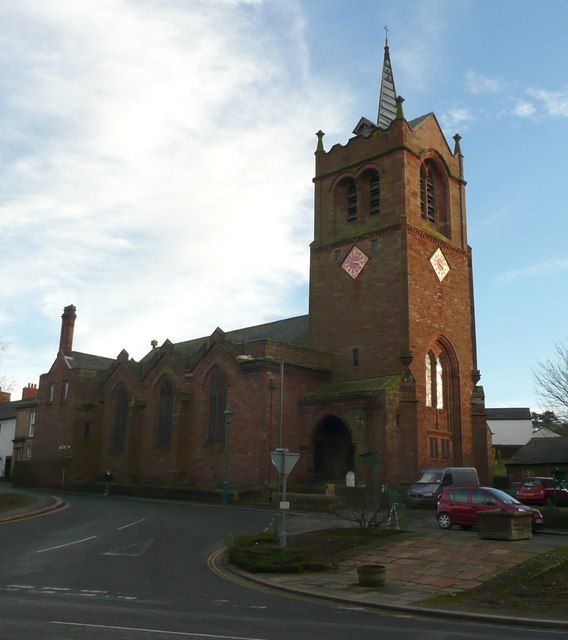 Disused church. C12 with later alterations and additions. Red sandstone rubble
walls, partly of reused stone from the Roman Wall (on the site of a
pre-Hadrianic fort), with ashlar dressings, dressed sandstone to porch, slate
roofs with coped gables. Formerly tower, nave and chancel, now only chancel and
porch of 1861, with sexton's lean-to shed on north side; other parts demolished
between 1787 and 1789, the stone being used to improve the chapel in Brampton.
Porch has oak doors and iron gates of 1891, with tooled ashlar surround: gable
has cross finial. Chancel has round head Norman lancet in south wall: reused
medieval recessed arch below, rebuilt 1788; other lancets and east window are of
1891: cross finial to east gable of 1891 and belfry to west gable of 1788.
Church declared redundant 1978 so interior furnishings removed. South wall of
chancel has piscina and aumbry, possibly c12 and repositioned: Norman lancet
has splays and stepped sill. Flagged floor includes in north east corner late
C17 and early C18 grave slabs. Probably re-roofed 1891. See Transactions,
Cumberland & Westmorland Antiquarian & Archaeological Society, lxxxii, p.73-89.