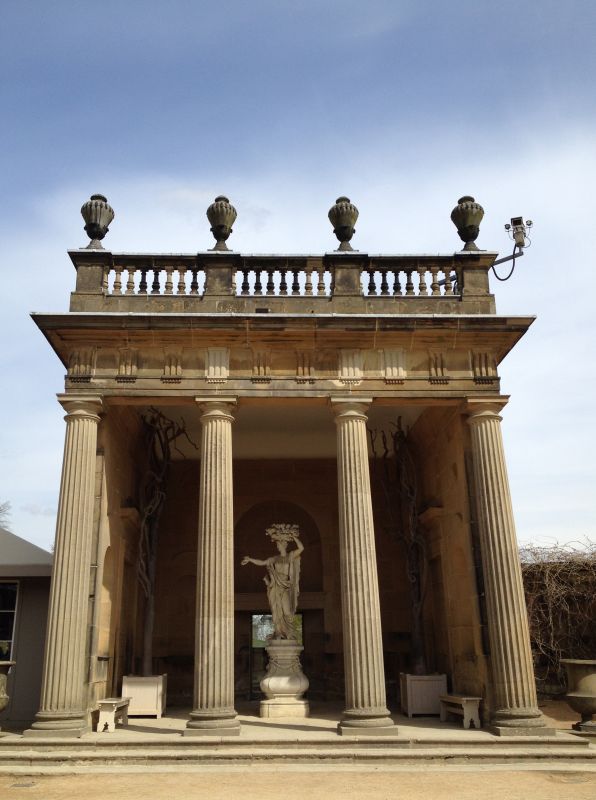 Originally bowling house, now public entrance to gardens.
1693-5 probably by William Talman. Moved to its present
position c1765. Sandstone ashlar. Roof hidden behind parapets.
Square in plan. South front of four fluted Roman Doric columns.
Triglyph frieze, moulded cornice and three-bay balustraded
parapet, the piers supporting four urns. Externally the side
walls are plain and the north wall has broad pilasters with
deeply carved drops of drapery and fruit. The interior has to
the side walls blind doorways with moulded architraves and panel
above, flanked by half domed niches with sunk panels above. The
back wall has a large half-domed niche with a doorway cut
through the lower part and a sculpture above. Flanked by
half-domed niches and sunk panels. Moulded cornice and coved
ceiling. The Gardens and Park are included on the Gardens
Register at Grade I.