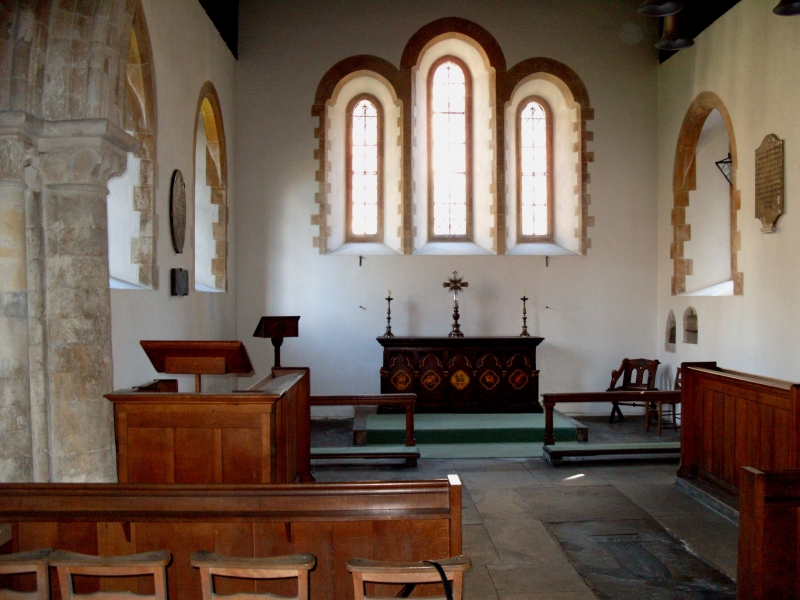 2.
Circa 1190 much restored in 1861. This was the chapel of the Hospital of
St Julian or God's House, founded circa 1185 as an almshouse and hostel for
travellers on pilgrimage to canterbuty. From the C16 to 1939 it was used
regularly by French Protestants and is thus also known as the French Church.
Exterior of coursed stone rubble with tiled roof. Stone coping to gable end
with cross-shaped saddle stone. Squat tower having archway beneath. Renewed
north door. Nave and chancel of 2 bays each with transitional style windows.
C12 chancel arch of 2 orders. Leper's Squint Stoup Monument, probably C19
commemorating the nearby execution of Richard Plantagenet, Lord Scrope of
Masham and Sir Thamas Gray of Northumberland in 1415 for their conspiracy
against Henry V (see also Red Lion Inn, High Street). C19 barrel vaulted
roof Grade I for historical interest.