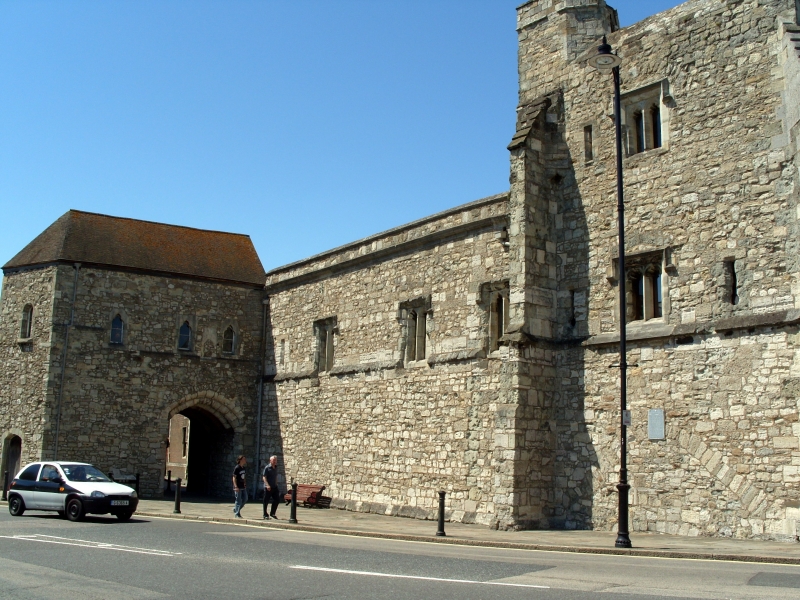 A circa 1300 gateway defended by a double portcullis. It was known as the Saltmarsh Gate and God's House Gate after the nearby hospital for poor travellers. The tower above the gate was called Lambcote Tower and was used as a prison. Built of stone rubble. Three-storey tower with arched gateway with double portcullis and three-storey building adjoining. The windows are trefoil or cinquefoil-headed lights. Scheduled as an ancient monument.