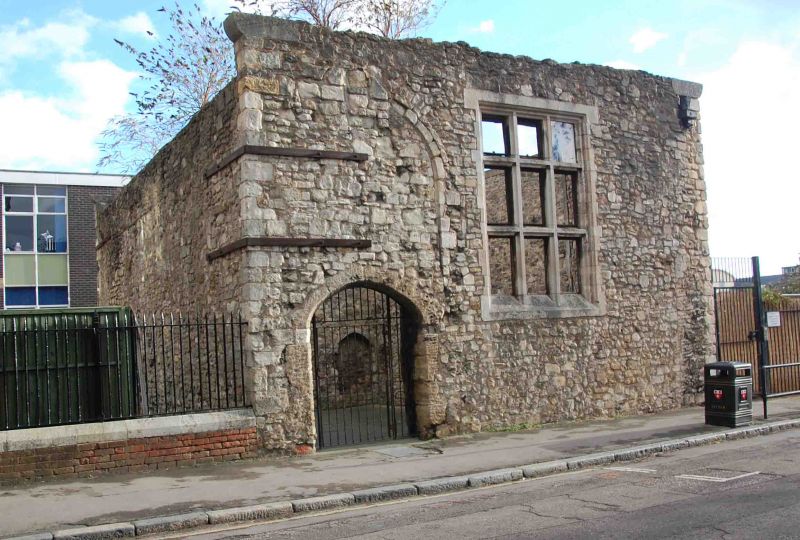 2.
Mid C13 and C15. The shell of a mediaeval building which probably originally
housed the king's weigh beam. It is also mentioned in 1454 as the Paysage
House of the Earl of Warwick. One storey stone with C13 window in north wall
of 2 trefoiled lights with a quatrefoiled circle in the stonework between
their heads, and blocked C13 doorway in east wall. Four centred C15 doorway
to French Street. Scheduled as an ancient monument.