Memorial to David Bartleman West of Church of St Nicholas 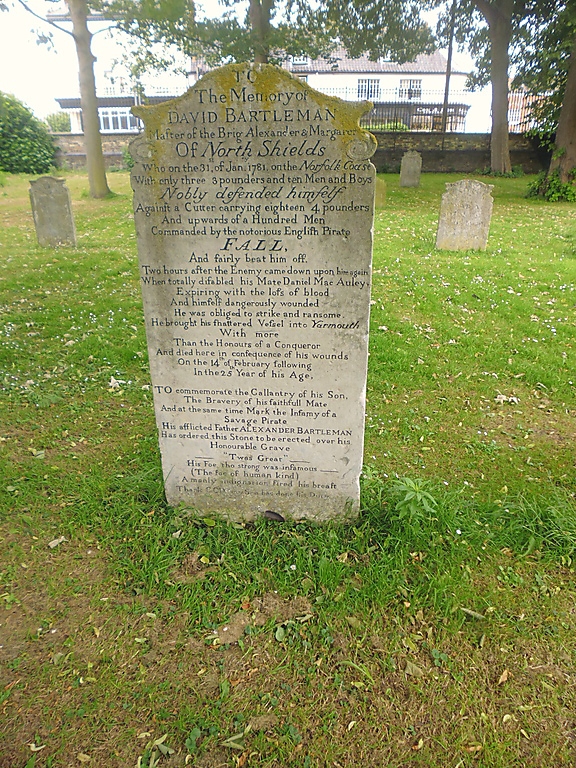 Memorial stone to David Bartleman. 1781. Limestone.
Rectangular with a shaped top and side scrolls. Rare
inscription details refer to an English pirate attack, as
follows: `To/ the memory of/ David Bartleman/ Master of the
Brig Alexander and Margaret/ of North Shields/ who on the 31st
of Jan 1781 on the Norfolk Coast/ with only three 3 pounders
and ten Men and Boys/ Nobly Defended Himself/ Against a Cutter
carrying eighteen 4 pounders/ and upwards of a Hundred Men/
Commanded by the notorious English Pirate/ Fall/ And fairly
beat him off/ Two hours after the enemy came down upon him
again/ When totally disabled His mate Daniel MacAuley/
Expiring whith the loss of blood/ and himself dangerously
wounded/ He was obliged to Strike and ransome/ He brought his
shattered Vessel into Yarmouth/ With more/ Than the Honour of
a Conqueror/ And died here in Consequence of his wounds/ On
the 14th of February following/ in the 25th Year of his Age'.