A Grade I Listed Building in Hereford, Herefordshire, 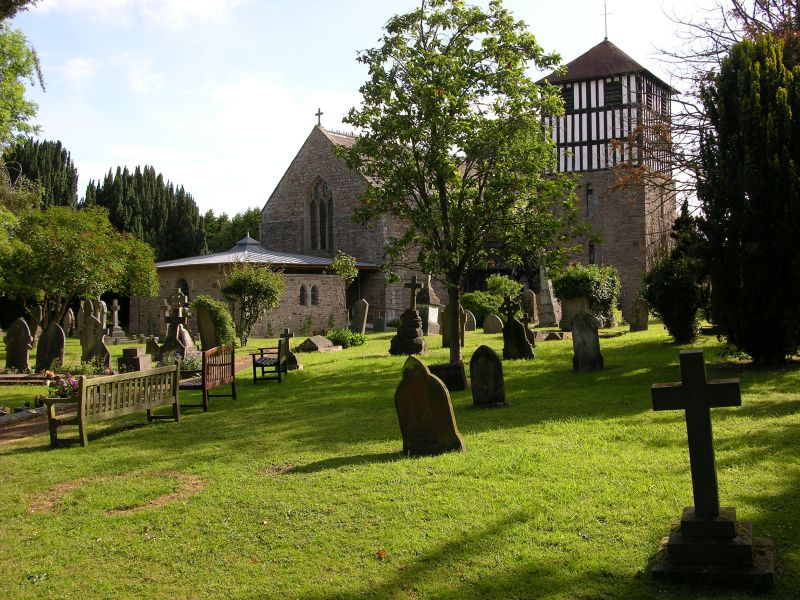 INTERIOR: concave splayed reveals to east windows with
labels which continue around church interior as string course. Similarly
sills also continued as second string course below. Similar concave splayed
reveals to lancets of north wall of chancel. C14 or C15 trussed-rafter roof
with scissor bracing to nave, C15 chancel roof of three bays with four
hammer-beam trusses; decorative members and traceried infilling between hammer
beams and collars. No chancel arch. Mid- to late C19 organ case with columns
and caryatids said to have been removed from a private house.