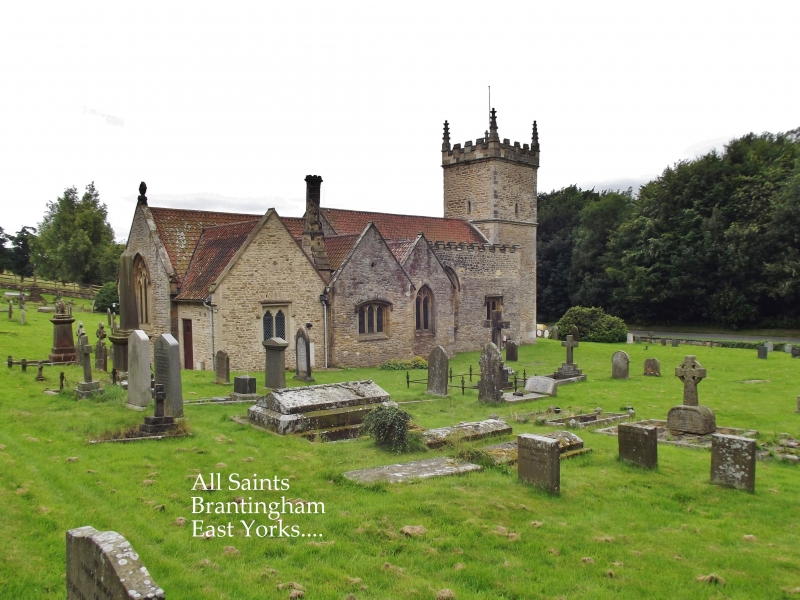 BRANTINGHAM
DALE ROAD (east side)
Church of All Saints

Chancel: central round-headed priest's door with continuous roll-moulding; to the left a two-light pointed window with Geometrical tracery, to the right a lancet with inner trefoil light. Three-light pointed east window with plate tracery under a hoodmould with monarch stops. North vestry: north window of three lights under a segmental head and hoodmould with face stops, and projection in re-entrant angle with chancel containing pointed door with a continuous shallow moulding under a hoodmould. Side-wall stacks rising to octagonal flue with crenellated cap to east wall of vestry. Raised coped gables throughout the church: that to the chancel has a cross finial.