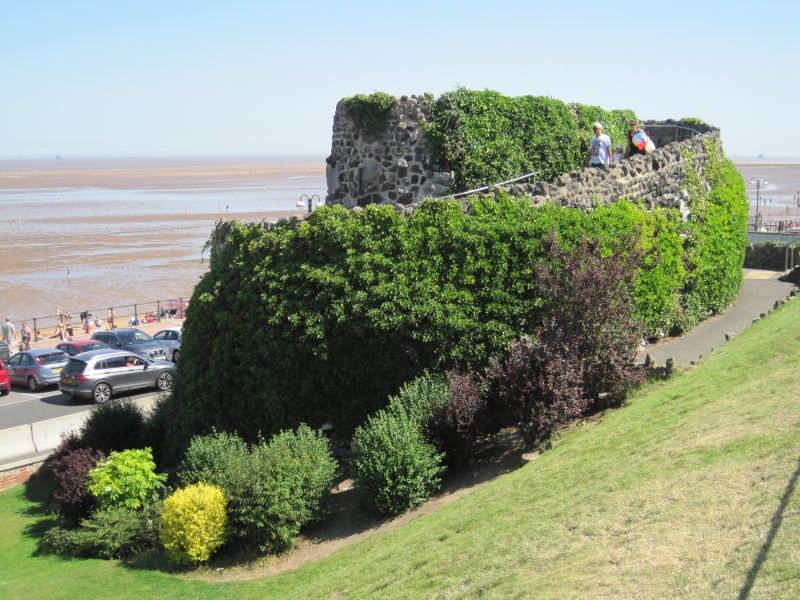 Castle Folly. 1885 for the Manchester, Sheffield and Lincolnshire
Railway Company. Iron slag and limestone rubble. Built into the low
sea cliff. Oval on plan, approximately 40 metres long by 25 metres
wide, and approximately 10 metres high. 2 stages, the larger bottom
stage, with low buttresses on the seaward side, carrying a path winding
up to the top of the upper stage which has a wide arched recess on its
south-west side and an irregular parapet above. Built as part of the
improvements to the promenade and pier gardens undertaken by the railway
company, and named after the company's secretary, Edward Ross. The top
of the castle marks the original height of the clay cliffs which were
being eroded by the sea until the new promenade was created. G Parratt
and A J Kay, Cleethorpes Trail, 1987 p 5.