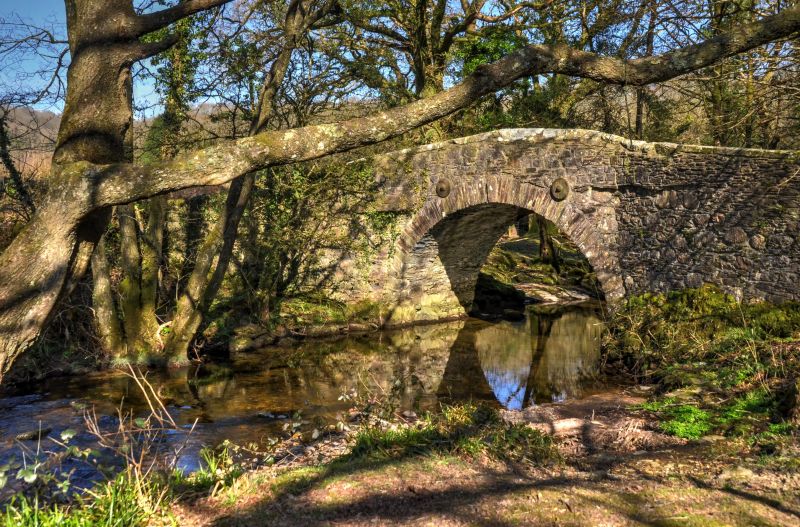 Road bridge over River Meavy. Probably an early C19 repair of an older bridge
incorporation some of the earlier fabric. Granite rubble with roughly dressed
granite coping stones. Single span round-headed arch with projecting keystone on
west (downstream) side. Cranked parapet and swept-out abutments. The eastern side
appears to have been rebuilt more recently. This bridge was on the main route from
Meavy to Cornwood and is probably on the site of one shown on a C16 map. According
to the Sessions Books repairs were necessary to Higher Meavy Bridge in 1665 and it
was widened by about 2' on the downstream side prior to 1809.
Source: Henderson and Jervoise - Old Devon Bridges