A Grade I Listed Building in Burlescombe, Devon 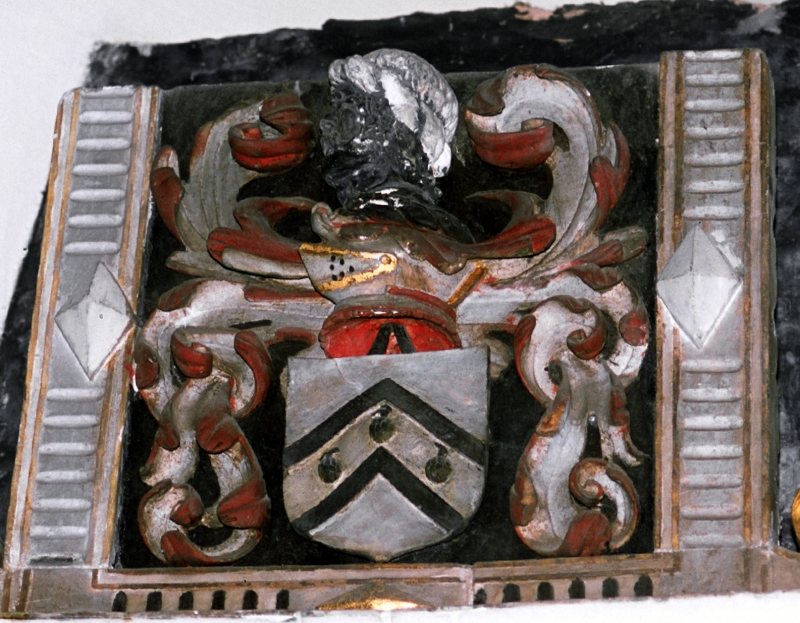 Parish church. Whole is C15 but not all the same phase, some C16 modernisation,
tower and porch refurbished in 1677. Local stone rubble with quoins of larger
dressed blocks but there is also some red sandstone and purple volcanic ashlar
included, particularly in the north aisle; Hamstone and Beerstone ashlar detail;
concrete tile roof, formerly slate.
Plan: nave and chancel under a continuous roof, north and south aisles, west tower
and north porch. The original nave and chancel probably occupied tne present nave
and both aisles were built full length. The north aisle still contains the remains
of the Ayshford Chapel. Present chancel was built in the late C15.
Exterior: west tower of 2 stages with angle and diagonal buttresses and embattled
parapet. Semi-octagonal stair turret in north-west corner surmounted by wrought
iron weather vane. 2-light Hamstone belfry windows have stone grilles. Good
Hamstone west doorway; round-headed with moulded surround, capitals and keystone
and containing the original studded oak door with ovolo-moulded coverstrips.
Hamstone plaque directly above has an egg and date frame. The inscription has
mostly weathered away but it contains two legible dates. The earliest 1638 accords
with the known date that the bells were rehung and therefore the date of 1677 is
thought to be that of the doorway. Above the plaque is a Hamstone 3-light window
with Perpendicular tracery and a hoodmould with label stops carved as human heads.
The south aisle overlaps the tower and at this point there is a large blocked
Beerstone 2-centred arch of unknown function. Above the tiny Beerstone window is a
C20 replacement. Both aisles contain Beerstone 3-light windows with Perpendicular
tracery. The chancel contains Hamstone windows also with Perpendicular tracery, one
on the south side is square-headed and there is also a narrow blocked priests
doorway there. South aisle rood stair turret converted to a chimneystack in C19.
Near the right (west) end of the north aisle is a gabled porch. The round-headed
Hamstone outer arch is a simpler version of that in the tower and is probably
contemporary (1677). Above, a probably C15 Beerstone niche with crocketted canopy
and above that a Beerstone panel carved with sunken quartrefoils containing heraldic
arms. The north doorway is a Tudor arch with moulded surround and contains C19
doors.
Interior: nave and chancel have a continuous ceiled wagon-like roof, apparently C 19
with applied strips as purlins and ribs and plain block bosses. The wall plate in
the chancel however is the original; carved as foliage and interrupted by a series
of angels holding shields. Both aisles have C15 ceiled wagon roofs with moulded
purlins and ribs and carved oak bosses; some of them have been replaced,
particularly in the north aisle. The south aisle roof has a moulded wall plate but
the north aisle wall plate is carved and interrupted by carved angels holding
shields. Tall plain tower arch. No chancel arch. Both sides of the nave are 3-bay
Beerstone arcades with moulded columns (Pevsner's type B) but the capitals and bases
are different. In the C19 the rood stair was converted to a chimneystack but in the
C20 the rood stair was restored to its original form with plain Beerstone doorways;
it is in the south aisle. In a corresponding position in the north aisle there is a
round-backed alcove. The walls are plastered. The floor is stone-flagged and
includes some graveslabs in the Ayshford Chapel (north aisle). The sanctuary floor
is made up of patterns of C19 encaustic tiles.
The plain Beerstone piscina in the sanctuary is probably original. Sandstone
reredos carved in Gothic style was erected in memory of Isabella Macritchie (died
1891). Ornately-carved C18 altar table with claw feet. C19 oak altar rail with
wrought iron standards. C19 stalls in Gothic style. A part of the original oak
rood screen has been set across the front of the present chancel. It is 5 bays with
panelled wainscotting with square-headed windows containing slender Perpendicular
tracery; it has a replacement cornice. In front of it is a rare example of a front
stall, possibly contemporary with the screen; it is in the same style. The Gothic
style sandstone pulpit was erected to commemorate the 1887 Jubilee. Oak C19 eagle
lectern. C19 oak benches, their ends carved with blind Gothic tracery. Good C15
Hamstone font; octagonal bowl carved with sunken quatrefoils, panelled stem with
corner pilasters and 2-step plinth. The Ayshford chapel altar is a good C17 table
with carved bulbous legs and inlaid marquetry frieze.
Monuments: in the sanctuary an undated chest tomb in memory of William Ashford
(died 1508). Black marble lid and the Beerstone sides are carved as a blind
crocketted arcade containing a series of angels with shields. The paint is C19 or
C20. Two good C17 mural monuments in the Ayshford Chapel. Both are built of
different marbles and painted. They feature carved figures kneeling each side of a
prayer desk and set in ornate architectural frames surmounted by the Ayshford arms.
One is in memory of Regery Ayshford (died 1610), the other in memory of Elizabeth
Ayshford (died 1635).
The chancel contains a C19 painted board featuring the Lords Prayer and the tower
arch is flanked by C19 Commandment boards. There are also 2 bolection-framed panels
which have been painted over. Most of the stained glass is C19 but some earlier
glass is preserved in the tracery.
Source: Church guide.