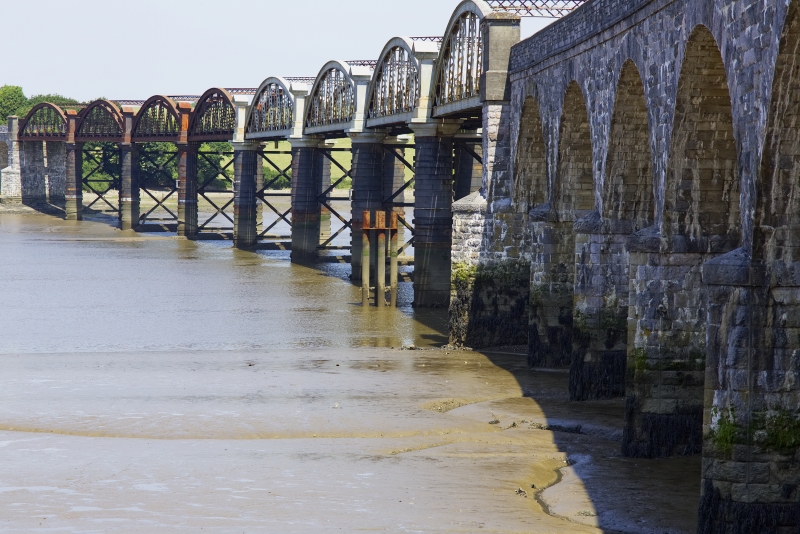 Railway bridge over the estuary of the River Tavy. Circa 1889-90. Eight spans of iron bowstring braced girders on seven pairs of iron-clad circular piers with pedimental caps. The iron bridge spans the deep-water channel. Either end, over the tidal mud is bridged with a stone viaduct of segmental arches, seven at the south-east end and two at the north-west end. The Plymouth Devonport South-Western Junction Railway Company was formed in 1883 and this line from Lydford to Devonport was opened in 1890. The line was operated by the LSWR which had a small capital holding in the Company. The LSWR eventually took over in 1922.

The asset was previously listed twice also at List entry 1309275. That entry was removed from the List on 22 September 2016.

This entry was subject to a Minor Amendment on 22 September 2016.