A Grade I Listed Building in Taddington, Derbyshire 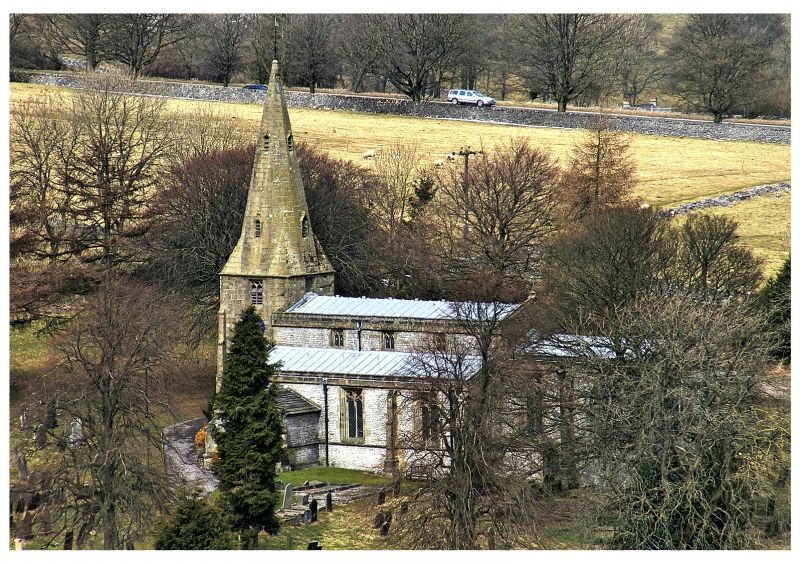 INTERIOR: tall four-bay arcades with octagonal piers, moulded octagonal abaci and double-chamfered arches. The east responds on head corbels. Double-chamfered chancel arch on head corbels. Modest double-chamfered tower arch. Earlier roof line visible above. In the chancel a piscina and triple sedilia, the latter with ogee arches. Jacobean pulpit restored in 1942. On the north side of the chancel a built-in C14 stone bible support or lectern. Brass in the south aisle to Richard Blackwall died 1505. In the south aisle a plain slate wall tablet to Sussana Roberts died 1833 by J Bradbury of Bakewell.

The church was restored by Naylor and Sale in 1891. The north west vestry was built in 1939 using old materials from 'Thornsett', a C16 house in Chelmorton.