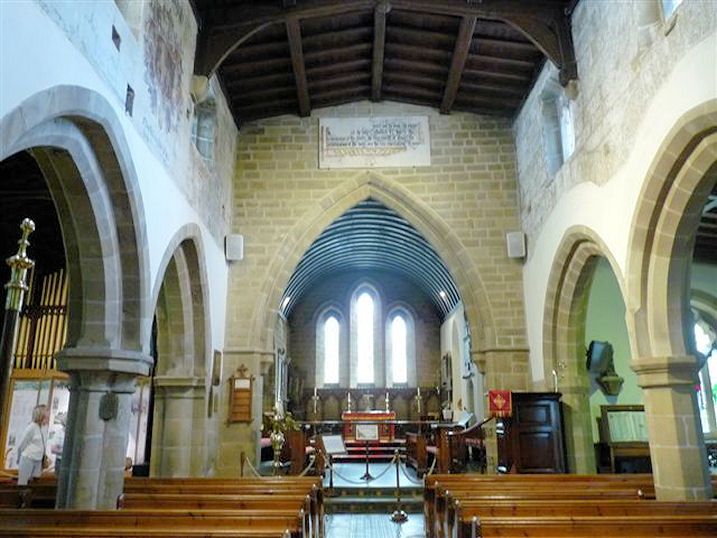 Attached to side of door near ground, a pair of C13 gravestones incised with crosses. Nave aisle has three-light reticulated 1880s window, with hood to east wall. Two similar windows to south wall. Beyond, to west, south porch with pointed doorcase, inner order supported by hook shafts. Diagonal buttresses either side. Cusped lancet to nave aisle beyond, to west. Above, in clerestory, three C19 imitations of north clerestory windows.