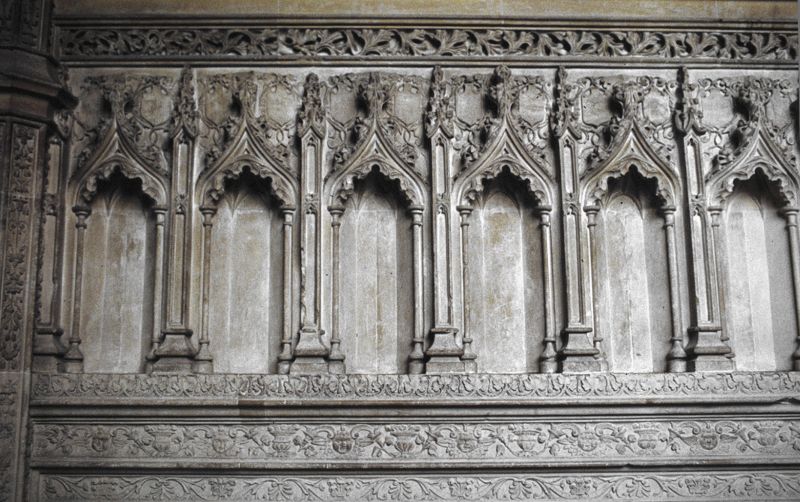 A monastery existed here before the Conquest and is recorded in Doomsday Book. The present church was begun by Ralph Flambard in the Cll and C12. The Crypts beneath the Presbytery and Transepts, the Transepts {themselves} (with later windows inserted) but including the fine Norman turret at the north-eastern corner of the North Transept and the Nave are all of this period although the Clerestory is C13. The Aisles were remodelled in C13 and the very large North Porch is also of the C13. The Lady Chapel is early C15 with a Reredos of mid C15 date. The Chancel and its stalls C15. The West Tower was dedicated in early C16. The Choir has a fine, mid C14 Reredos. Numerous monuments and Chantry Chapels including that of Margaet Pole, Countess of Salisbury and her son Cardinal Pole, later Archbishop of Canterbury. Memorial to the poet Shelley at west end.

Nos 10 to 13 (consec) (with its railings and wall), form a group with Nos 14 to 16 (consec) with associated wall and with the Priory Church, the gates to the churchyard, the sundial and boundary walls to churchyard and Garden of Rememberance.

Christchurch Priory forms the focal point of several groups of buildings as well as being the most prominent feature in the distant view of the town.