Hospital of Saints John the Baptist and John the Evangelist 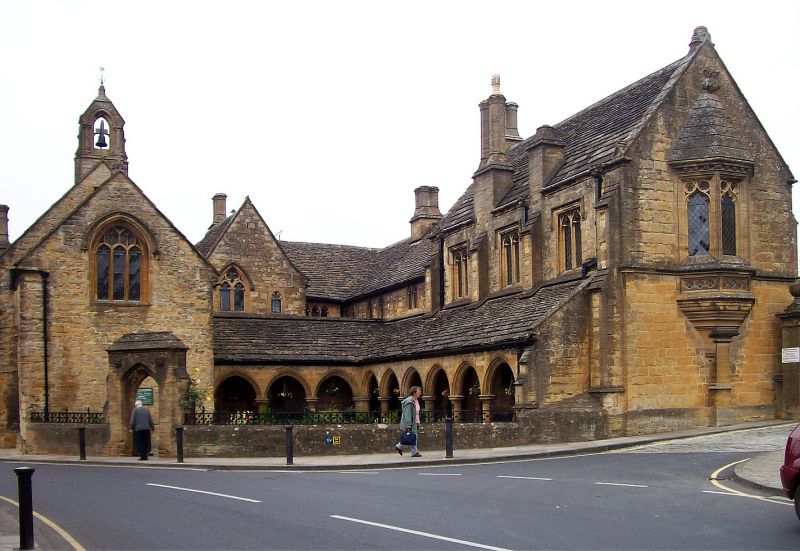 Entry Name: Hospital of Saints John the Baptist and John the Evangelist

ABBEY CLOSE
1.
1625
Hospital of Saints
John the Baptist and
John the Evangelist
ST 6316 1/2 28.11.50.
I GV
2.
Founded 1437 for 12 poor men and 4 poor women. Building completed 1448.
This appears to have been L-shaped, the main range having a frontage to
Trendle Street. The East wing, providing additional accommodation, new
Board Room with oriel window, and Cloister was built in 1866 according
to a design by William Slater on ground presented the previous year. The
East end of the Trendle Street range contains the Chapel with Perpendicular
windows to South and East the former containing C15 glass. A stone arch
and carved oak screen separate the chapel from the ante-chapel. The alter-
piece is a triptych in oils on oak panel and is of very great interest,
being C15 and probably Flemish. The western part of the range is 2-storey,
containing Ante-chapel and Dining Hall below and Dormitories and the old
Board-Room above. The open timber roof is visible in the upper rooms.
Trendle Street front has entrance to Ante-Chapel (original main entrance)
with pointed arch and carved spandrels. This is flanked by niches with
ogee heads and crockets.

All the listed buildings in Abbey Close form a group with the east end
of No 1 Finger Lane.
Also forms a group with Premises occupied by Mr Hunt, Digby Estate Nos
170 and 171 and Cottages known as Nos 4 and 2 Trendle Street and with the
former Church House and Public Weighbridge House, Half Moon Street.