A Grade I Listed Building in Greenfield, Central Bedfordshire 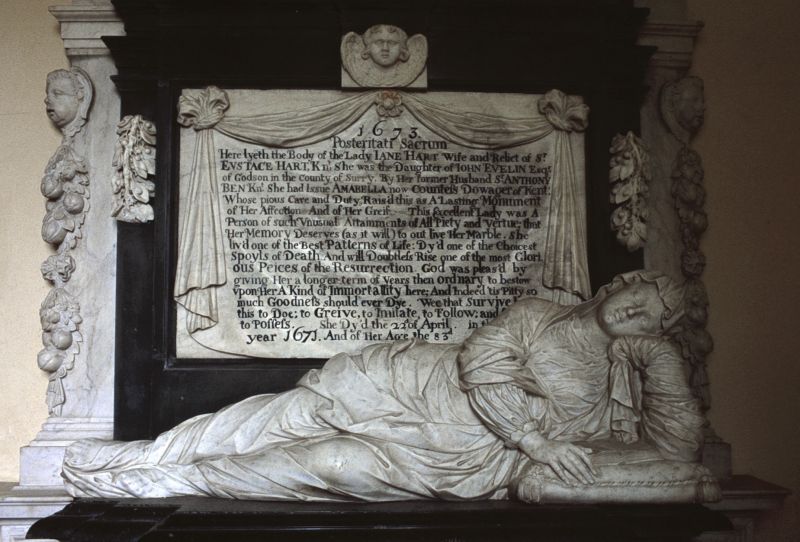 Mausoleum. Built 1614 by Henry Grey 5th Earl of Kent, owner of Wrest Park,
Silsoe. Extended 1705 to E by Henry Earl of Kent. Structure encased in
colourwashed cement render, with brick coping to embattled parapets and shaped
gables. Slate roofs. Cruciform plan, encasing the N and E elevations of the
chancel of the Parish Church of Saint John the Baptist (item No. 14/9). W
block, to N of chancel, is original structure. Externally rather plain, with
recessed panels articulating many elevations. W block has 2 3-light windows
under flat heads to N elevation, the E one blocked. Interior architecturally
plain.

- Philip, Earl of Hardwicke, d. 1790. Grey and white marble, by
Banks. Seated mourning woman with urn, in front of obelisk.

The De Grey Mausoleum contains one of the finest series of funerary momuments
in the country.