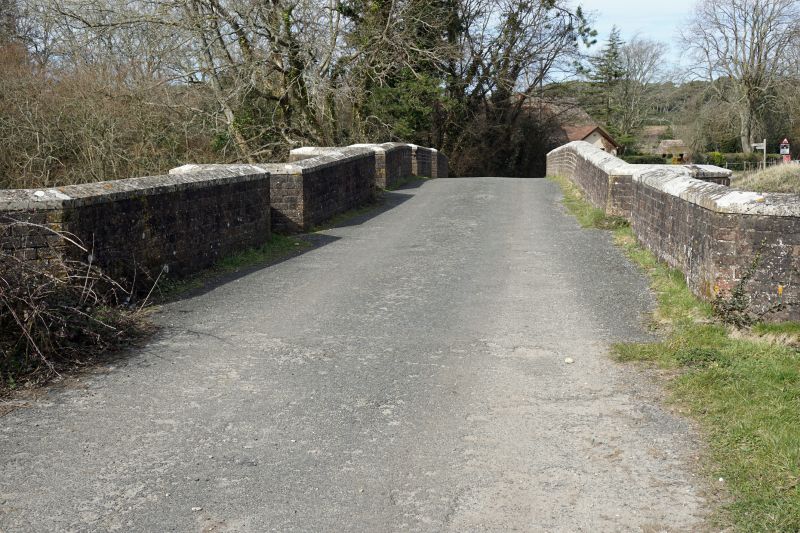 MATERIALS: the earlier part of the structure is built of limestone and car-stone, lengthened with parapets rebuilt (1956) in brick with stone copings.

Earlier bridges, dating from the 13th and 15th centuries, are believed to have occupied this site, though no fabric appears to have survived above ground or within the current bridge. The oldest part of the bridge probably dates from the early C17. In July 1674 at the Quarter Sessions the bridge was presented as being in great decay, and it was probably soon afterwards that a fourth segmental stone arch was built to the north. In the C18 an arch was added at the north end, and in the C19 a further one at the south end.

Holme Bridge, of early C17 origin, lengthened in late C17, C18 and C19, and repaired in 1956, is listed at Grade II* for the following principal reasons:

* Architectural interest and date: it is a particularly interesting and relatively rare survival of a bridge originating from the early C17 that displays particularly high quality architectural detailing and use of different materials;
* Historic Interest: its historic phasing as expressed in its repairs, extensions and modifications over successive centuries, and arguably the C20 too, reflect the particularly high level significance, evolution and development of this important route;
* Intactness: the bridge, despite having had some parts of its parapet rebuilt, has survived remarkably intact.