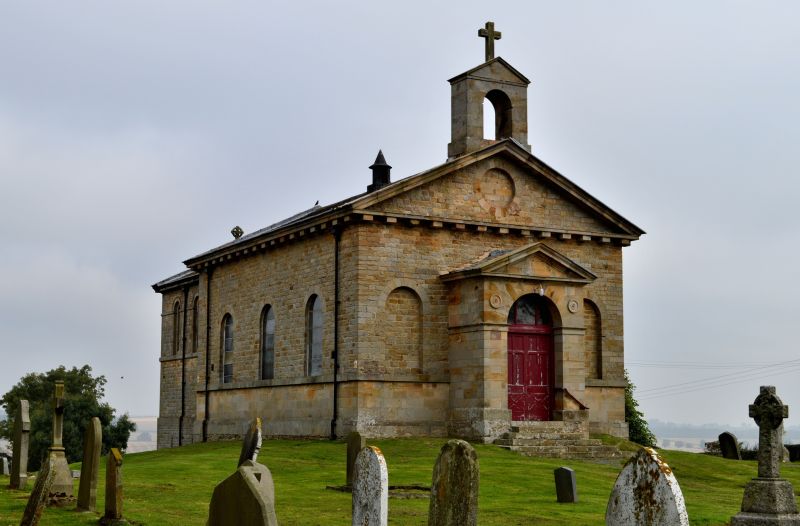 the entry shall be amended to read as follows:-

Central west porch with 5 steps up to panelled double doors under 3-pane
fanlight in round arch on moulded imposts; paterae in spandrels, and pediment.
Flanking blind round-arched windows. Block cornice below pedimented gable
with blind oculus. Bellcote with round arch, pediment and Greek finial cross.
Side walls of nave have 3 plain arched windows with later glazing; similar
cornice.

Historical note: The church is very similar to Robinson's church at Glynde in
Sussex; it was unfurnished when Robinson sold the Rokeby estate in 1769,
when J.S. Morritt commissioned John Carr to complete the work.