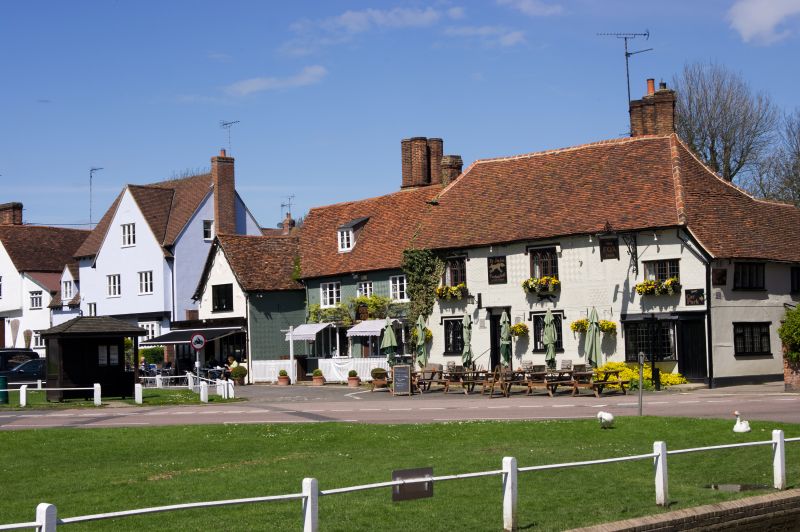 FINCHINGFIELD
THE GREEN (north side)
The Fox Inn

Two storeys. Two-window range of Gothic Revival casements with moulded labels, C20 splayed bay window and C20 casement above. Two C20 doors. Grouped diagonal shafts behind ridge. Both crosswings were originally jettied, now both underbuilt, and the front wall of the hall rebuilt on the same line. Rear wall raised approximately 1.5 metres in C17/C18 and roof rebuilt as a continuous range. The hearths have been rebuilt at ground floor level. In the left crosswing one original bracket to the jetty is exposed, with curved tension bracing trenched inside close studding. The right crosswing has a chamfered binding beam with step stops, jowled posts, cambered tiebeam with arched braces to it, and crownpost roof with axial braces incorporated in the later main roof. RCHM 24.