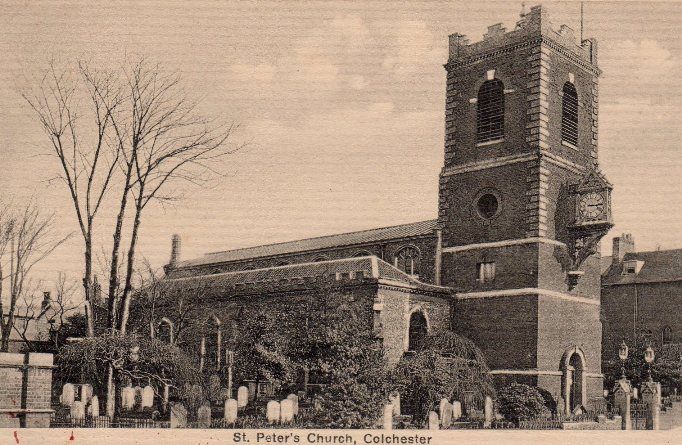 Church. C15, remodelled c.1700, tower of 1758 and C19 alterations. Stone rubble with brick tower. Nave with aisles and west tower. South arcade and south aisle early C15, north arcade and north aisle later C15, both arcades extended east C18 in Perpendicular style. North vestry with bone hole below added early C16. The mediaeval church had a central tower but this was removed in 1758 and the west tower built. This is a fine structure, the upper two stages having rusticated quoins and the west face a large and elaborate C19 clock mounted at right angles on a far projecting bracket. In 1692 an earthquake did considerable damage and the windows of the aisles are subsequent to this date. The galleries in the north and south aisles and the west end of the nave are C18. Considerable C19 restoration including the clerestory of 1895. The south door has some C13 ironwork. The early C16 vaulted bone hole is unusual.
INTERIOR fittings include fine pulpit of c.1700, massive font of 1859 by C.F.Haywards and a number of C16 and C17 monuments.
A multi-period church with surviving medieval work, a fine C18 tower and other C18 and C19 remodelling and fittings.