The Castle Keep (Including Excavated Remains of Forebuilding in Moat) 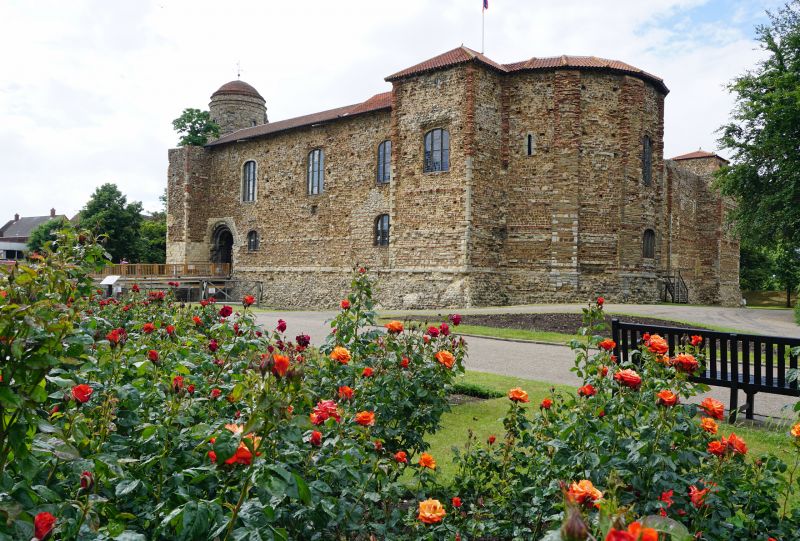 Entry Name: The Castle Keep (Including Excavated Remains of Forebuilding in Moat)

2.
Built late C11 on the site of the great Roman Claudian Temple (the
foundations still exist under the castle), almost entirely of Roman tiles
and septaria. It was probably built in circa 1080 for William the Conqueror
as an important defensive work. It was much larger and more massive than
any other Norman Castle built in England - possibly partly because it had
to enclose the great Roman foundations still existing on the site.
It had 3 storeys or more and is now probably less than half its original
height, though still a most imposing structure and a most important
example of mediaeval military architecture. Demolition was begun in
1693, the height being reduced. Considerable restoration took place
in the mid C18 for Charles Grey. The dome over the great staircase was
added by James Deane in 1760. AM.