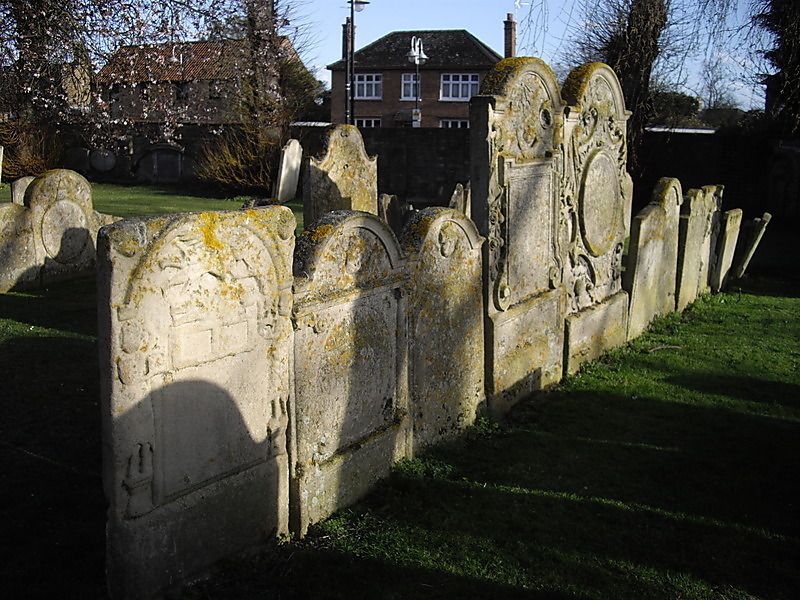 (i) Headstone, mid C18 of limestone in bas-relief. Angel with trumpet of victory above
deceased rising from coffin. Below is rectangular raised and fielded panel flanked by
two angels, one with Book of Knowledge, the other with Crown of Glory.

(iii) Headstone, similar to (ii), but with Rococo foliate ornament.

(iv) Headstone, limestone, probably Ketton, c1730. This and (v) are larger. Shaped
head with a glory of a winged angel with a crown of honour and a sunray. Below is a
shouldered panel with rosettes to corners, flanked by scrolls and drops of fruit and
flowers.