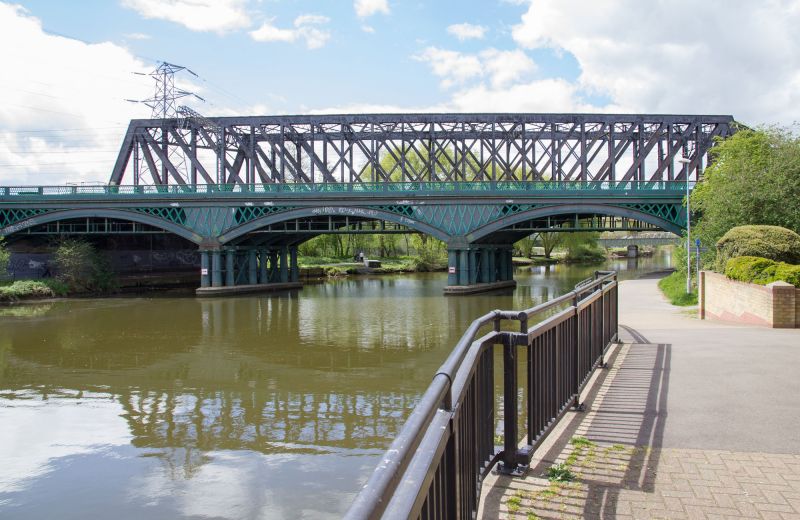 THE FOLLOWING ITEM SHALL BE ADDED:
The Nene Viaduct
1.
1500 (GNR Railway Bridge
No 184)
TL 19 NE SP 1043
II* 0/1043
2.
Railway Viaduct. Built 1850 by Lewis Cubbitt, engineer. Strengthened 1910 and 1914,
additions. 1924. Cast iron and white brick with ashlar dressings. 3 shallow arches
each consisting of six curved members as girders, which rest on 2 sets twelve cast iron
baseless fluted Doric columns, which in turn rest on 2 cast iron caissons sunk in the
river. The bridge is topped by an ornate iron balustrade. The abuttments are built of
white brick with moulded ashlar details, some parts have been patched with blue
engineering bricks. The side sections of the bridge are made up of blue brick around
the arches. The bridge was strengthened with steel ties in 1910 and again in 1914.
In 1924 another steel bridge was built to the west, in order to double the capacity
but this section is not of special interest.