A Grade II* Listed Building in Swaffham Prior, Cambridgeshire 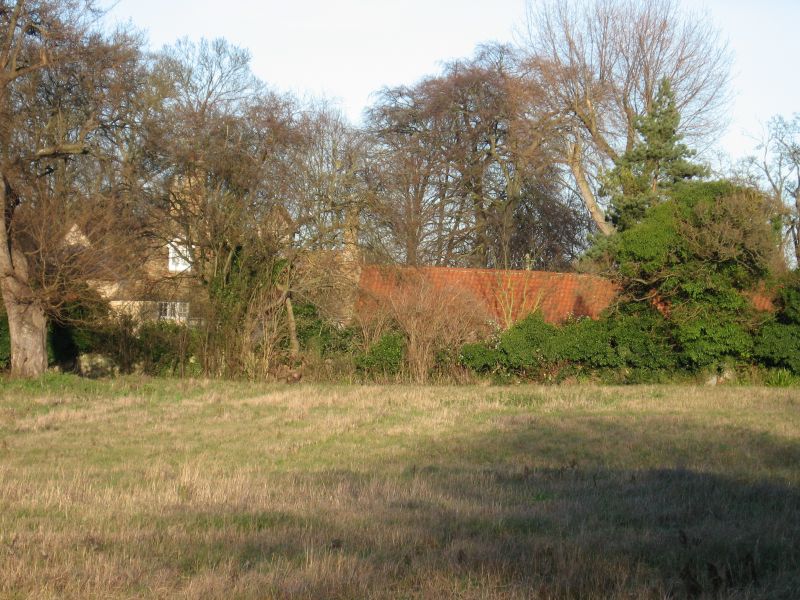 Manor house, C15 with later additions to the rear and to the
North. Remodelled late C18 and external appearance is of that
period. Timber-framed and clunch with tiled roofs. Hall and
cross-wing with later North range. Open-hall, C15, floored in
C16-C17, is timber-framed and of two bay plan with service bay
to the South. The walls are rendered and the roof, hipped to
the South, is plain tiled and has an C18 stack inserted at the
low end of the hall. Two storeys. One original tripartite hung
sash at first floor and one Venetian window, also original, at
ground floor. The service bay to the South, now the kitchen, is
also framed, rendered, and plain tiled but has a lower ridge
line. The East-West Cross-wing to the open hall now forms the
entrance hall and a rear room, but originally was of at least
four bays. Clunch walls, except for timber-framing to part of
first floor of one side wall. Plain tiled roof, hipped at both
ends with a ridge stack. Two storeys. The gable end of the
cross-wing projects at the front and has two flush frame hung
sashes of twelve panes each, the heads flush with the eaves.
Good central doorway with flanking hung sashes of twelve panes
each. The doorway and windows are divided by panelled pilaster
strips on plinths but have a shared frieze and moulded cornice
carried up over the pediment and the dummy fanlight with radial
glazing bars. The door has six raised and fielded panels. The
Wing to the North, C18, is also framed, and rendered with a
plain tiled roof. Two storeys. The first floor has a
tripartite hung sash similar to that of the former open-hall
above a Venetian window, also original and again similar to that
of the open-hall. There is a two storey canted bay also with
hung sashes to the gable end of this wing. At the rear is a two
storey parlour wing with pargetted walls and a plain tiled
roof. Inside. A few features of the medieval house are
visible. In the former open-hall the tie beam has been cut down
but the ends are visible and retain the broach stops. There is
evidence for a partition wall between the service end and
cross-passage. The roof has been rebuilt but incorporates some
sooted rafters from the original roof. The cross-wing has an
inserted early C16 hearth and floor frame into what was a two
bay parlour wing open to the roof. The floor frame has hollow
and wall mouldings to the main beams. The roof is particularly
fine over this part of the house, although the stack has been
inserted and the end bays have been truncated. Now of three
bays and part of a fourth, it is of crown post construction of
which the crown post to the display truss and one other
survives. The post is octagonal with moulded capital and plate
bracing to the collar purlin and collar. The base of the post
has been cut down. The other post is octagonal but without a
moulded capital and has bracing to the collar purlin only. The
roof is smoke blackened above the level of the collars.