Former Tide Dock of Bridgewater Canal and Lock to North 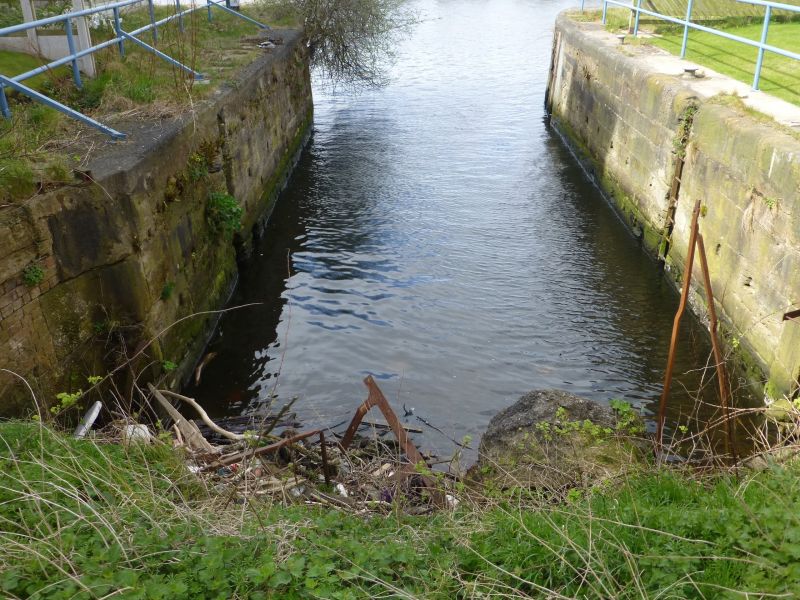 Tide dock and retaining walls to lock, probably 1772. Sandstone
blocks with some repairs in brick and concrete. Trapezoidal dock
opening originally into the Mersey at its southern end, but now into
the Manchester Ship Canal. The lock, which led to the series of locks
at the beginning of the canal proper, is rebated for two sets of
gates.
These features appear to be all that survives from the former Runcorn
terminus of the Bridgewater Canal.