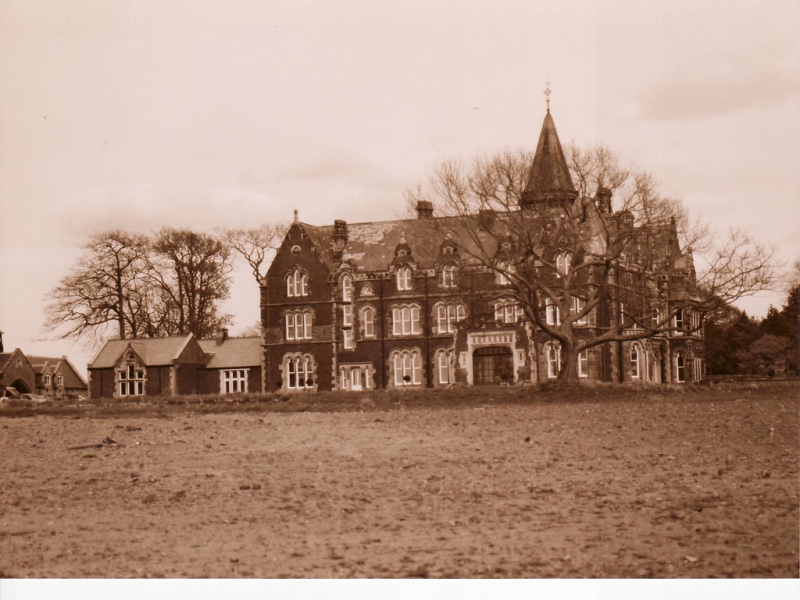 This house was built for W R I Hopkins, ironmaster, who in 1873-4 employed the London interior decorators Collinson & Lock to produce interiors designed by the architect E W Godwin. These interiors were in the revolutionary Aesthetic style, and though much of this scheme has been covered over in later years recent research has proved that much of it still survives today under these later alterations. Most of this decoration consisted of hand stencilled paper in soft pastel colours with simple decorative motifs much influenced by Japanese design. The entrance hall, which is now partly panelled, retains rose pink paper walls with leaf and rose decoration, plus a darker dado with diamond pattern frieze. The staircase hall has fragments of its original paper decoration under the dado rail which has now been removed, this was partly cream with a green and russet lattice pattern with roundels and also pink with 'shishi' motifs, plus a naturalistic frieze. The drawing room and attached ante room, which are now partly panelled, have beige walls covered with a gold lattice pattern of roundels filled with peacocks, a motif much used in Aesthetic decoration. The dining room has fragments of the original pink paper with painted lines to the perimeter of the wall above and below the dado decorated with a cockerel's comb motif. The library and breakfast/morning room retains fragments of the original pale blue paper with single stencilled flower dado and botanical frieze. Upstairs, the boudoir has sage grey walls with painted lines to the perimeter of the wall and a pink dado with Japanese flower frieze. The bedrooms to the west have similar decoration with various patterned friezes. The tower room over the entrance hall has fragment of another gilded decorative scheme. Though often very fragmentary this is by far the best preserved internal decorative scheme designed by the famous Victorian architect E W Godwin. This house has been extensively vandalised and many of the interior fittings have been removed, it has also suffered a small fire in the summer of 1994.