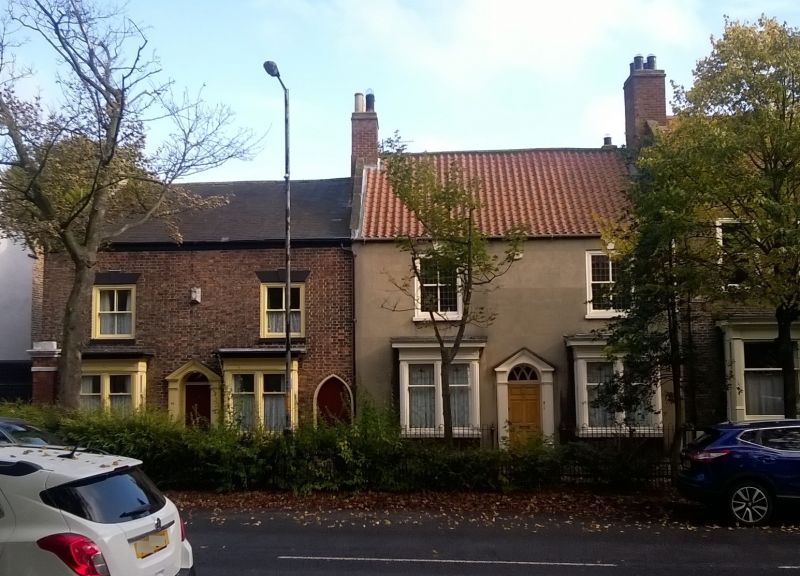 23/230
No's 52 and 54
GV
II
C18, fully altered early C19. Brick with stucco lintels and keys on No 54
only. No 52 rendered. 2 storeys and 2 windows each. No 54 slate roof with
coped verges, No 52 pantiled roof at steeper angle, 3 chimneys in all. Moulded
wooden base to moulded gutter. Plain sash windows except No 52 which has 4
light lead dividers, square bays on ground floor, Later Cl9 pilastered doorpieces
with 6 panel door and 'W' tracery in fanlights. Pointed arch to through passage
on right of No 54. Railings to front.