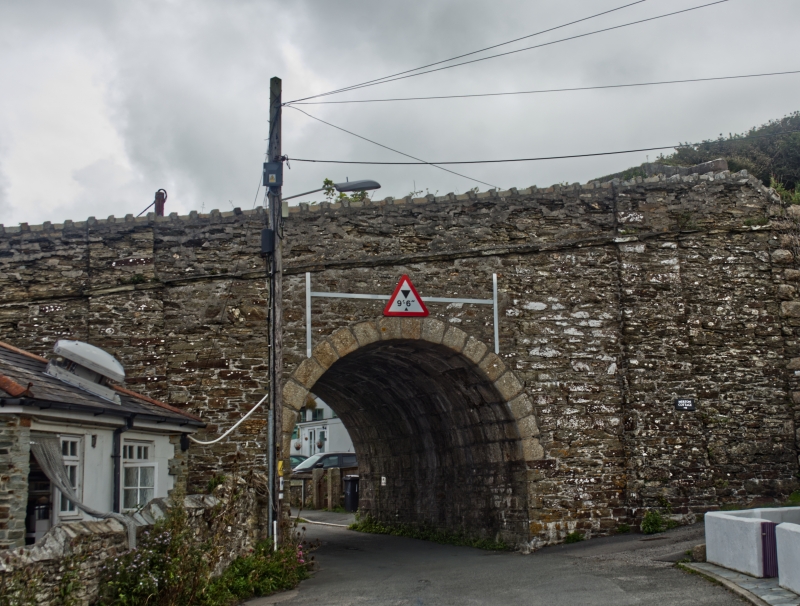 GV II
Part of tramroad incline. 1809, forming the final descent of a tramroad running
from Carn Brea mining area to Portreath Harbour. Retaining walls of coursed
granite and uncoursed killas rubble with granite dressings. North-south axis
approx. 200 metres long, crossing a public road by a semicircular bridge which
has granite voussoirs, shallow battered buttresses, a simple band and a parapet
with brick coping, and slightly constricted near the bottom where it crosses a
stream by a smaller but similar bridge. History: one of the few surviving built
structures of the horse-drawn tramway by which the mine engines were supplied
with fuel before the introduction of steam-powered locomotives; a prominent
feature of the landscape in Portreath. Reference: Michael Tangye Portreath
(1968).