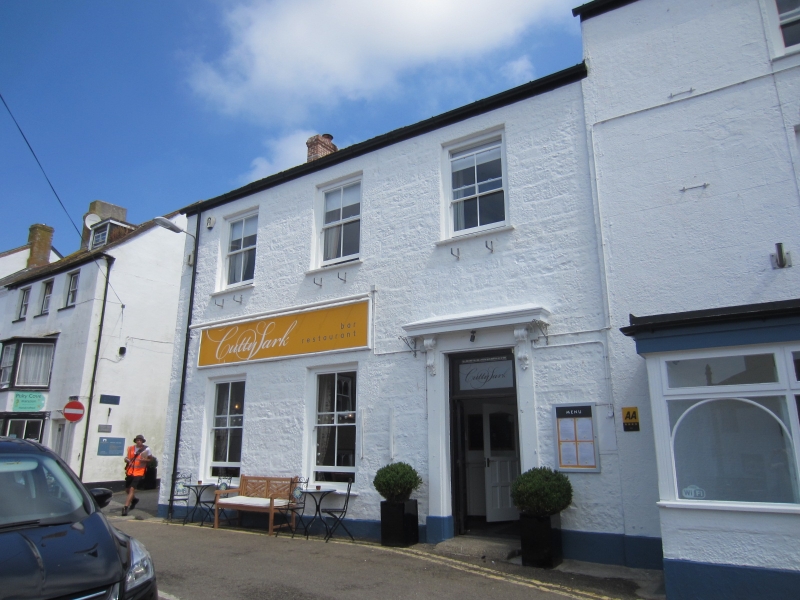 House, now hotel. Stuccoed front. C18. Dry Delabole slate roof with brick chimneys
over the gable ends.
Plan : double depth plan with 2 rooms at the front and through or cross passage
between leading to stair hall between rear service rooms plus 1-room plan former
house with side passage adjoining on the left. Deep wing at right angles to rear
right and shallower wing at rear left.
Exterior : 3 storeys. Originally symmetrical 3 window south front with central
doorway and the windows over the doorway narrower. Glass fronted C20 room in front
of the ground floor. 4-pane horned sashes to the upper floors. At the left is a
lower 2-storey 3-window front with doorway on its right. Stucco doorcase with
entablature on consoles. C20 doors. Circa late C19 or C20 4-pane horned sashes.
Interior not inspected.