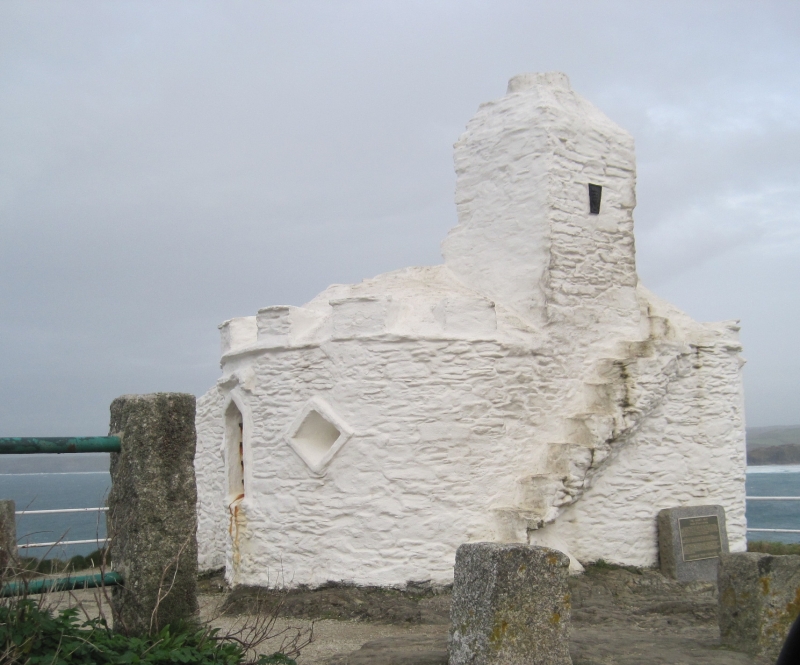 Huer's house. Probably late C18-early C19, with few later alterations. Painted
stone rubble with stone roof. Large stack with rubble shaft.
Plan: Small single storey building, roughly circular on plan, and with an external
stair at the rear. The tower is a stack, heating the room, which is open at the
front facing the sea.
Exterior: Single storey, with battlements. The front to the road has external
stair. The left side has central window with triangular head with hood mould;
diamond shaped opening to right and left, deeply splayed with small inner opening.
The right side has a pointed arched light set in raised surround, with similar
diamond-shaped opening to right and blocked window with cill and dripstone to left.
The rear faces the sea, and has splayed walls to each side of the wide opening. All
windows are unglazed, and the external stair leads to the roof.
Interior: The fireplace is partly blocked. The blocked window formerly had a
mullion with 2 unglazed lights.
The Huer's House was used as a look-out for the shoals of pilchards.
Sources: Pevsner, N.: Buildings of England: Cornwall 1970.