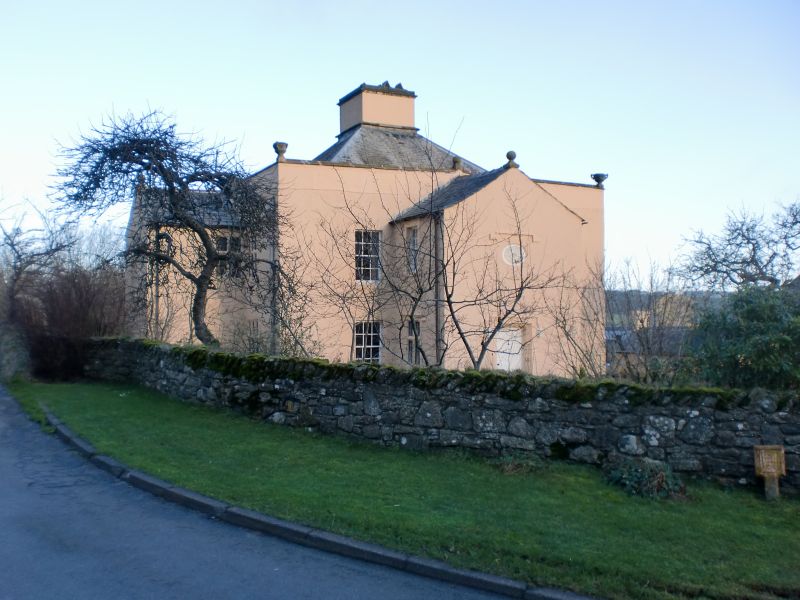 Manor house, later farmhouse. Mid or late C17 for Sir Wilfrid Lawson. Cement rendered walls with flush stone quoins (each with an individual mason's mark) under parapet with urn finials on each corner. Hipped graduated greenslate roof with large square central rendered chimney stack. Square 2 storeys, 3 bays with lower 2-storey, single-bay gabled extensions to each face; ball finials on gables. Garden facade has 4-panel door in chamfered surround under hoodmould with oval window above in stone surround under hoodmould. Sash windows with glazing bars in stone surrounds. Side and rear walls and extensions have 3-light cross-mullioned windows under hoodmoulds. The site of an earlier house of the Bewley family, sold to William Lawson of Isel Hall in 1630 and rebuilt by his son, "a curious structure with twelve angles, so contrived that the shadows show the hours of the day". See Sir Edmund Thomas Bewley, The Bewleys of Cumberland, 1902, p39. Transactions Cumberland & Westmorland Antiquarian & Archaeological Society, new series, i, p31, Bishop Nicholson's Diary, "1685, June 6, By Sr Wilfrid Lawson's whim at Heskett".