Hawes Bridge over the River Kent 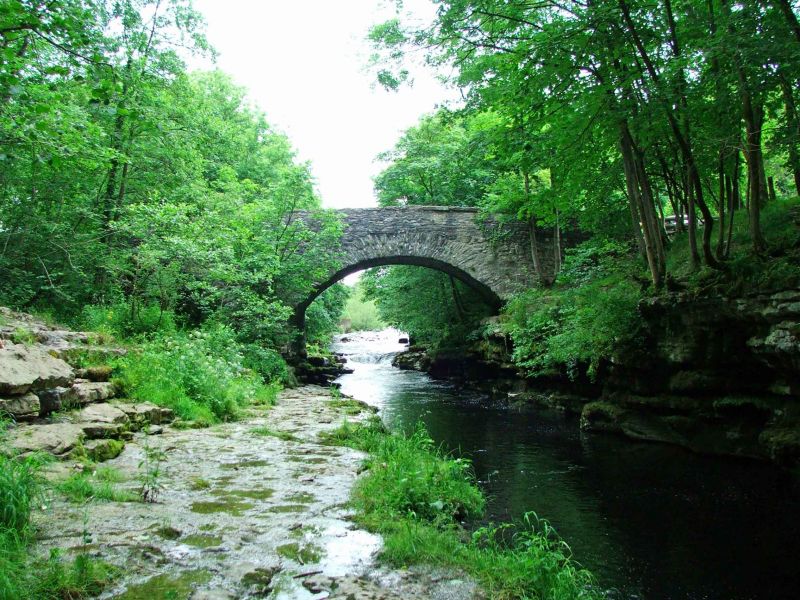 The asset was previously listed twice also under List entry 1137656. This entry was removed from the List on 12 January 2017.

Hawes Bridge over the River Kent

Bridge probably C18. Limestone rubble with rough dressed limestone copings to
parapet. Large triangular cut water between arches on upstream side. Curved in
Plan. 2 arches carry single carriageway road over small river gorge in
limestone. Forms part of most attractive setting. Local legend has it that the
body of Sir Charles de Leyburne of Cunswick Hall (Underbarrow and Bradleyfield
Parish) was washed up here after being murdered and thrown into the river by his
son Roger, who wished to come into his inheritance so he could marry. Roger
said to have committed suicide when the body was found and his ghost haunts-
Cunswick Scar.