A Grade II Listed Building in Whitegate and Marton, Cheshire West and Chester 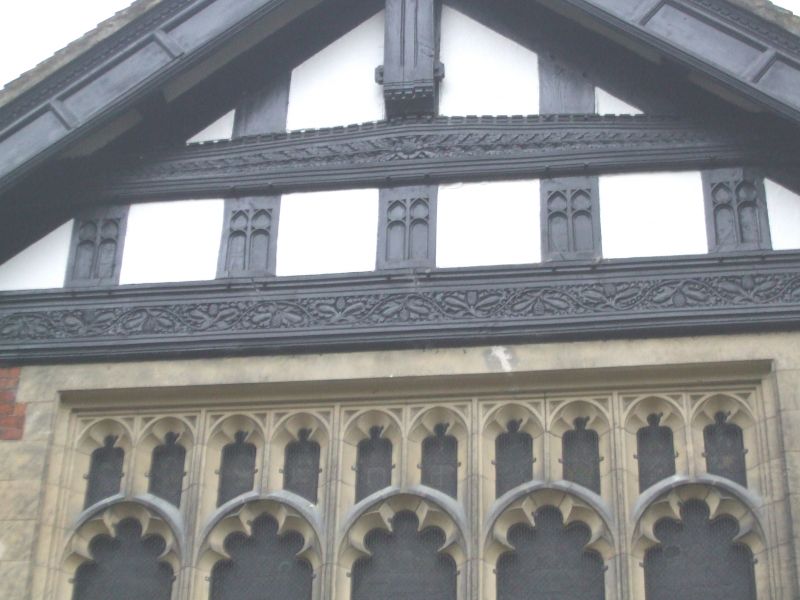 EXTERIOR: Nave with side aisles, chancel and western tower with south-western vestry. Tower (dating from 1728 with C19 fenestration). Western face: 2-light ground floor window with ogee heads, hoodmould ashlar surround and figurehead label stops. Perpendicular-style tracery. Buttress with offsets to left. 2 lancets above. Two louvred belfry openings with cusped Perpendicular-style ashlar surround. C19 broach spire above. Other sides encompassed by building at lowest stages but with similar belfry stage. The south face has a circular iron clock face to the centre, as has the north face. Nave: South face of 4 bays with timbered porch at left which has a red sandstone base with chamfered top and arched braces above and 2-light windows to sides. C18 ashlar door surround within, with round-arched head and moulded springers and keystone. Plank door with nail head decoration. To right of this are three 3-light windows with ashlar surrounds and loosely Perpendicular tracery. The North front has 4 similar windows and one 2-light similar window at left. Chancel has single light windows to north and south and a 5-light, eastern window. Datestone below this inscribed 1874 with decorative timber framing and bargeboards to the gable.

INTERIOR: Eight octagonal wooden piers remain in the nave of C15 date. The aisle walls have dado panelling formed from the C18 box pews. Douglas retained the walling of 1728, although he lowered the wall height of the aisles.

REASONS FOR DESIGNATION:
The Church of St. Mary is designated at grade II for the following principal reasons:

* Architectural Interest: It possesses strong architectural styling and detailing using good quality materials, and incorporates the remains of a C15 church and early C18 re-facing, as well as well-executed C19 alterations carried out by John Douglas, a prolific local architect
* Interior features: The interior incorporates eight octagonal timber nave piers dating to the C15 and dado panelling to the aisles, which is formed from C18 box pews
* Historic interest: The physical fabric conveys the ecclesiastical history and development of the site from the C15 onwards