A Grade I Listed Building in Aylesby, North East Lincolnshire 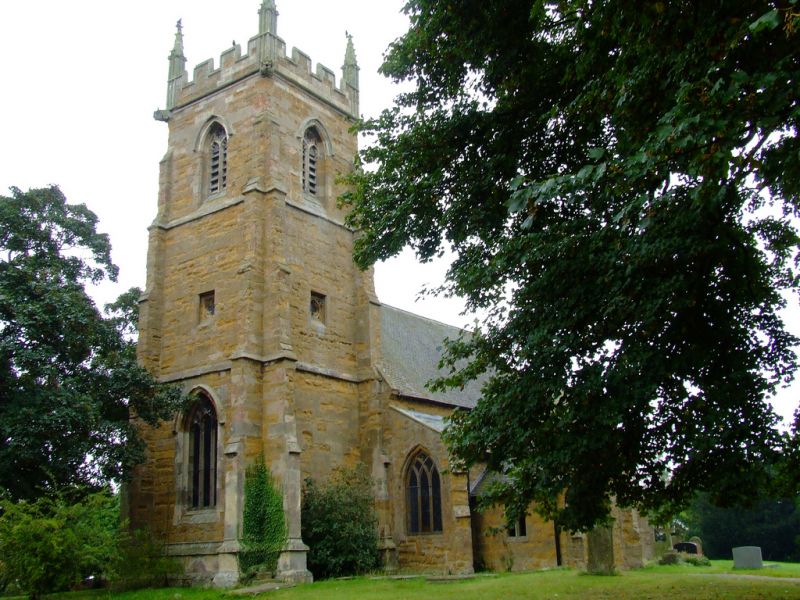 INTERIOR. Arcades of pointed double-chamfered arches on cylindrical piers
and shafted responds with plain moulded capitals and bases, the earlier
south arcade with water-holding bases aid seats around the piers (that to
east pier restored), the north arcade with plainer bases on square
pedestals, and narrower shafts to responds, that to east with a crude
attached pillar piscina with an octagonal bowl. Tall double-chamfered tower
arch with continuous outer chamfer and inner chamfer on shafted responds
with plain moulded capitals and bases on tall pedestals with moulded
plinths. Pointed door to tower spiral staircase with notched newel. C19
pointed moulded chancel arch with shafted responds. Chancel has pair of
pointed chamfered lancet-shaped niches flanking east window, a C14 pointed
wave-moulded recess to north wall with a segmental-pointed chamfered recess
above, and a small crude triangular-headed chamfered piscina to south.

The tower is similar to those at Healing and Immingham (q.v.), the
notched newel of the staircase and "Mixed Gothic" belfry tracery suggesting
a date between 1550-1650.