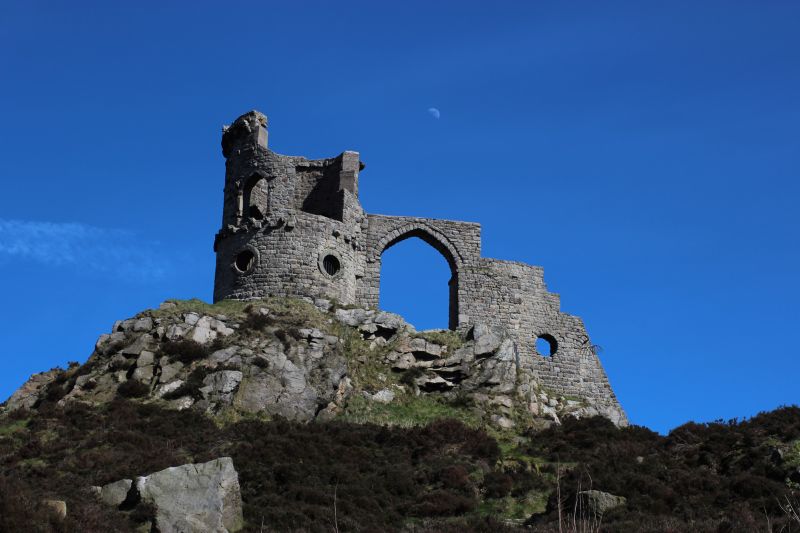 Ruinous folly built as a summer house. 1754. By Randle Wilbraham.
Coursed sandstone rubble. Round tower to north with ground floor and
ruinous upper floor and arch and broken walling to south. Cheshire
front: round tower at left with two porthole windows to the ground
floor. Row of corbels above this and one pointed arch at left. To
right of the tower is a pointed arch and at right again a further
piece of ruinous walling with a low porthole window and half of a
blocked pointed arch. The Staffordshire side has a porthole window at
right of the round tower and a pointed arched doorway at left, a row
of corbels dividing the floors and two pointed arches to the first
floor with a corbel table below the parapet. Pointed arch to left of
this and rectangular surround to the sunken porthole window in the
walling at left. The round tower was originally less ruinous and had
Y-tracery to the pointed windows and a conical roof, and served as a
summer-house for the Wilbrahams and a neighbouring family of
Staffordshire landowners. In the late C18 the first meetings of the
Primitive Methodists were held below the castle. The castle was built
on the county boundary.