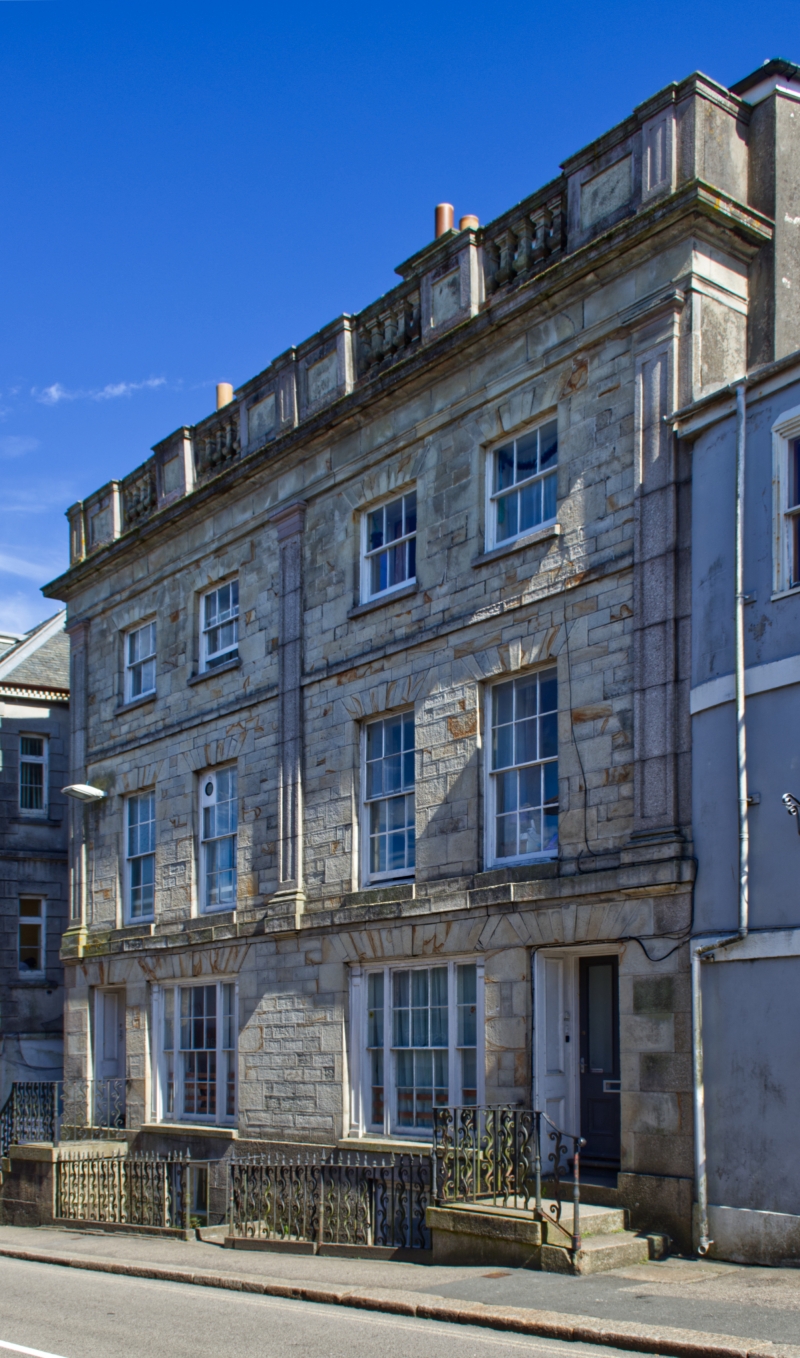 Pair of houses, now office and flats. Early C19. Granite ashlar, roof concealed
but probably slate. Irregular plan on triangular plot, but presenting a square
facade. Classical style. Three-and-a-half storeys and 4 bays over a full service
basement; the symmetrical facade imitates some features of Palladian design,
with giant pilasters to the 2 upper floors rising from a string course, (but there are only 3 of them, one at each end and one in the centre), a plan frieze,
moulded cornice, and panelled parapet interrupted by 4 short balustrades. The
basement, expressed as a plinth, has one 12-pane sashed window to each part;
the raised ground floor has a doorway at each end, with recessed door and
panelled reveal, each approached by parallel steps protected by wrought-iron
ramped railings in which alternate bars are waved and decorated with scrolls
(matching railings protect the basement area), and 2 large tripartite sashed
windows with glazing bars; the upper floors have 12-pane sashes and square 6-
pane sashes; and all these openings have splayed voussoirs and keystones. Interior:the principal rooms at ground floor have moulded plaster cornices (but are now partitioned), and there are various C19 decorated cast-iron fireplaces, and a Cornish range and washing boiler in the basement.