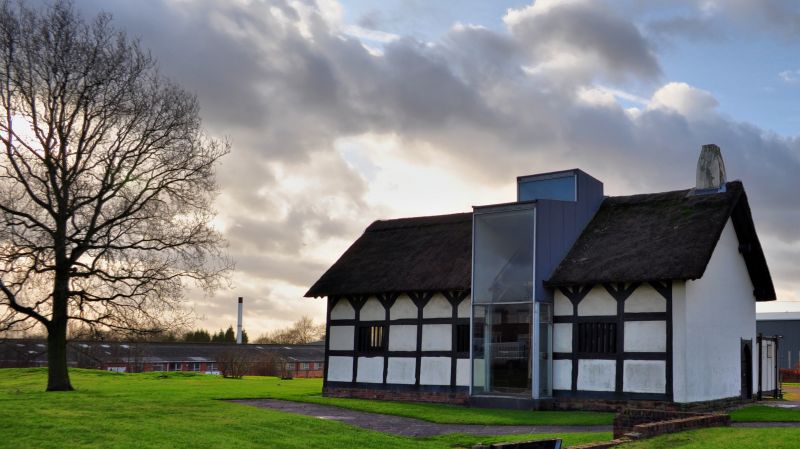 Part of house. Probably C16, restored 1970. Cruck-framed
with timber-framed side walls, rendered rear and thatch
roof. Only the hall remains which is open to the roof.
Heavily restored square-panel framing on a stone plinth,
each of the 10 studs having diagonal bracing. 3 windows
with timber diamond mullions and a projecting portion of
patent glazing behind which the panels have been removed to
expose the frame. The left gable reveals a cruck frame.
Rendered stack to right gable. 3 pairs of crucks (including
one in gable). The two central frames have double cruck
spurs, curved wind bracing, a collar tie which has been
removed in one case and renewed in the other and are butt-
joined to the ridge purlin. Smoke hood at right.