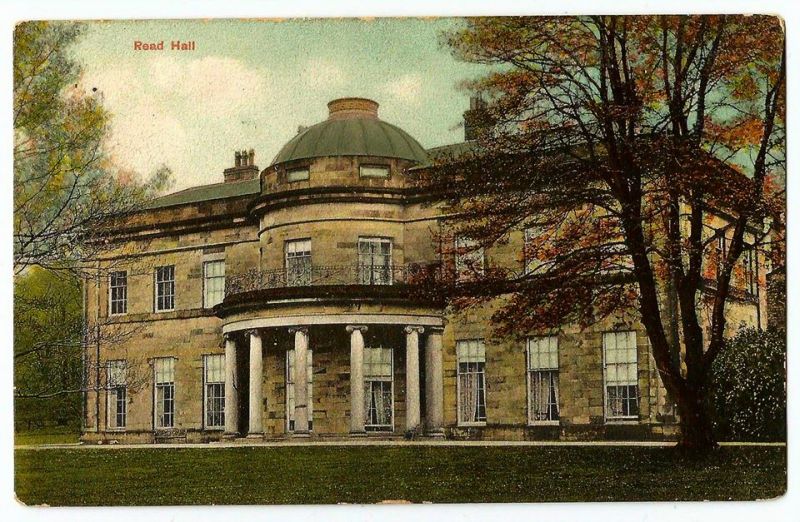 READ
SD 73 SE
7/39 Read Hall
1-4-1953
- II*
Large house, 1818-25 by George Webster of Kendal on site of earlier
mansion. Sandstone ashlar with hipped slate roofs. 2 storeys with attic.
South front symmetrical, of 9 bays with cornice and blocking course, and
clasping pilasters with sinkings. The 3 central bays project as a bow and
have a dome, and a Tuscan colonnade in front of the ground floor
supporting a balcony with iron railings. The present windows are mid C20
steel casements with glazing bars. The window sills are said to have been
lowered. The west front is of 3 bays, the central bay projecting slightly
and having a tetrastyle Ionic portico. On the east side the main block is
of 3 bays. Set back to its right is a rear wing of 3 bays which could
contain remains of a C18 house. Inside, the principal ground-floor rooms
have plasterwork with Grecian detailing in strong relief. The long
entrance hall is divided by 4 Ionic columns arranged in a square. Domed
stair hall has geometric stair with iron balusters, rising in one flight
and returning in 2 curved ones.