A Grade I Listed Building in Netherton, Lancashire 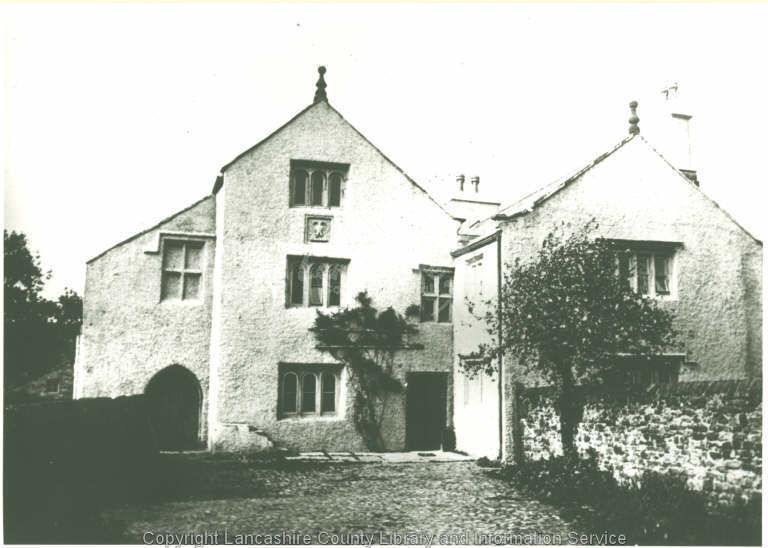 House, formerly manor house of Hesketh family, medieval with C16 and C17
alterations and additions. Rendered sandstone rubble and coursed
sandstone with quoins, slate roof with a ridge chimney and a projecting
side wall chimney. T-shaped plan composed of remains of service end of
medieval hall and its gabled service wing (remodelled in C16), with a
C17 three-bay crosswing projecting to front and rear on the right (east)
side which encloses an originally detached medieval timber-framed building
(possibly a kitchen). Three-storey left gable, 2-storey wing. Stepped
back on the left of the left gable is part of the wall of the lower end of
the medieval hall, which has a moulded arched doorway (possibly C14) to a
screen passage (a similar doorway visible inside at the further end), and a
blocked cross window above. The gable wall of the service wing has a
square-headed window of 3 round-headed lights on each of its 3 floors, and
between the upper 2 a sculptured stone panel containing an eagle displaying
2 heads (Hesketh arms), and lettered in the corners 15 77 = Thomas Hesketh).
T H
Close to the angle with the crosswing are the present front door (giving
onto a passage which was probably originally open) and a 1st floor cross
window with a hoodmould, the right end of which is covered by the side wall
of the east wing. The wing has two 3-light double-chamfered stone mullion
windows with hoodmoulds in this side (one each floor), and similar windows
in the other walls: in the gable, 2 of 4 lights; in the side wall 5 and 4
lights at ground floor and 2,4 and 4 lights at 1st floor; together with
small firewindows on each floor at the junction of 2nd and 3rd bays, and at
the end of the 3rd bay. Projecting from 1st bay on this side is a large
chimney stack, top rebuilt, which has some corbelling in the masonry at
ground floor level. Rear of this wing has part-projecting chimney stack.
Rear of service wing has at 1st floor a window with 2 cusped lights,
mullioned windows above and below this. The 2 wings are linked by a short
2-storey wall which is not tied in. Interior: in the screen passage, 2
pointed-arch chamfered doorways (remains of a 3rd blocked, also visible)
to service wing, and in the opposite wall of this wing 2 low and wide
doorways (apparently external doors into originally open passageway between
service wing and detached kitchen). East wing contains timber framing of
medieval building including stone plinth, timber sill, wall posts, box
framing braced at the top level, at least 2 kingpost roof trusses with
raking struts; and evidence of a smoke bay. There is a very large stone
arched fireplace below this (formerly supported by an external buttress).
The structure has 1st floor joists laid on top of the principal rails,
suggesting that the upper floor was a later insertion.
(VCH Lancs; Pevsner; Ainsworth Homesteads pp.344-8; Louie Pollard
Great Harwood Gleanings, pp. 27-32).