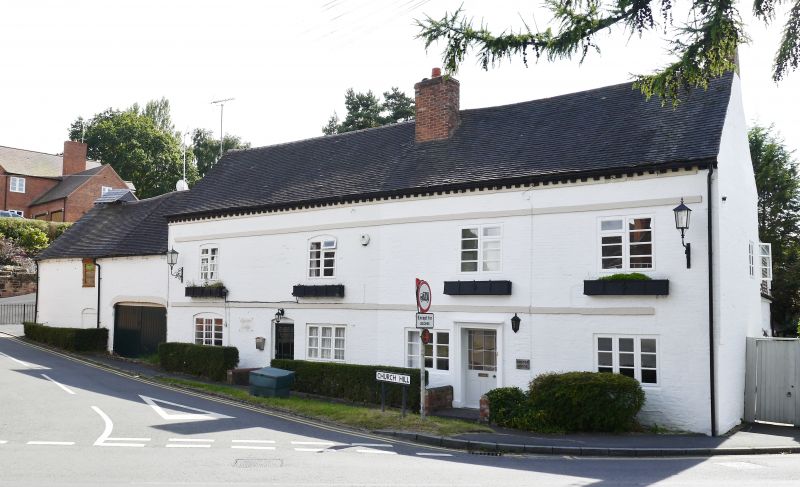 Farmhouse, now house, and adjoining outbuildings. Mid-C18 with mid-C19 and
mid-C20 alterations. Painted brick with plain tiled roofs; ridge stack at
centre and right end. Two storeys and attic with three-course bands at
storey levels; dentilled eaves cornice. Four bays; ground floor has four
3-light casements; one with a cambered head and two inserted into smaller
openings with cambered heads; four first floor 2-light casements, two of
which have cambered heads; main entrance in third bay has a half-glazed
door with a moulded architrave. Interior not inspected. Outbuildings adjoin
left gable end; L-plan with two-bay part adjoining house and five-bay rear
south-west return. Two levels with dentilled eaves cornice. Two-bay part
has basket-headed archway adjacent to house, to left of which is a ground
floor opening, also with a basket-arched head and a rectangular loft opening
above. There is a small gabled ventilator at the left end of the ridge. The
five-bay return has a large doorway on its south-east side and a window at
both floor levels at its gable end. On its north-west side are three windows
and a door reached by external brick and sandstone steps; all openings have
cambered heads. At the south-western end is a partly timber-framed single-
bay wing.