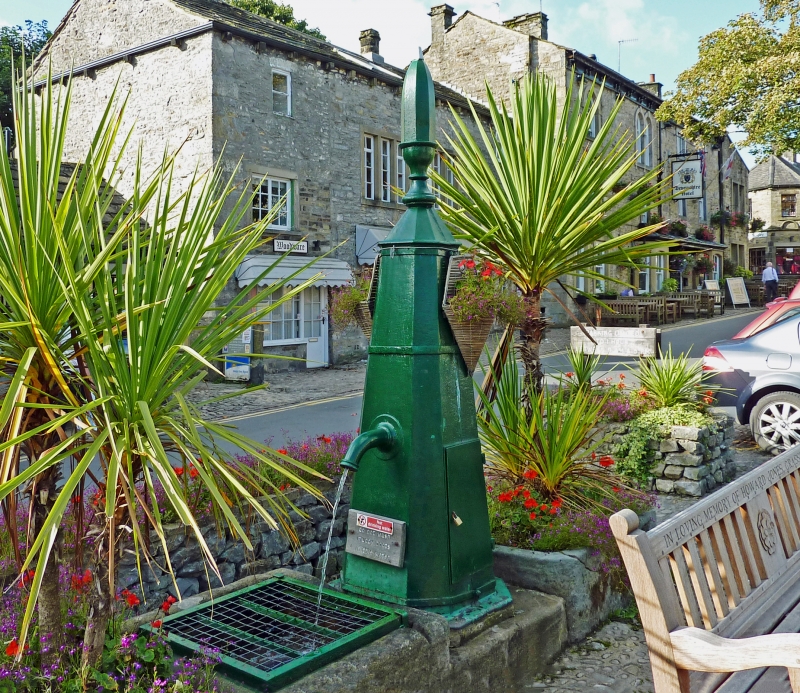 GRASSINGTON THE SQUARE
SE 0064-0164
(west side)
8/31 Pump casing
and 2 troughs.
GV II
Pump and troughs. Early-mid C19. Cast iron pump, gritstone troughs. Overall
height approximately 1.5 metres. The mechanism completely enclosed in a
chamfered square casing which tapers to an elongated acorn-type finial.
Restored spout on south. The 2 rectangular troughs are approximately 1 and
1.5 metres long and 60 centimetres high with rounded corners. The pump was
moved from a more central position in the square, and troughs placed next
to it in 1973. It originally had 3 troughs and was operated until the
1930's. Locally known as The Fountain. Included for group value. I.
Goldthorpe, One Hundred Things to see on a walk through Grassington, 1988,
(booklet).