A Grade II* Listed Building in Stanford with Orleton, Worcestershire 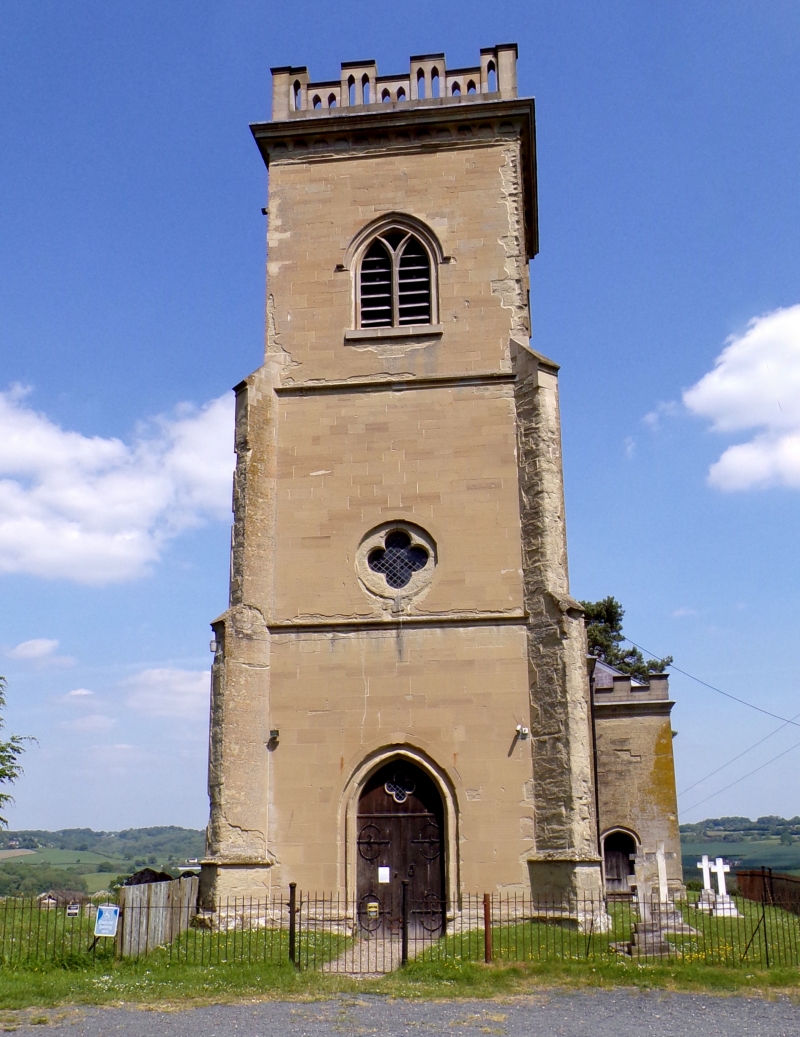 Find accommodation in
Stockton on Teme

STANFORD WITH ORLETON CP STANFORD ON TEME
SO 76 NW

Parish church. 1768-9 by James Rose on new site; restored 1894. Ashlar
with partly hipped slate roofs behind embattled parapets. West tower,
two-bay nave, transepts and short chancel. Gothick style. West tower:
three stages with strings and chamfered plinth which continues around
building; diagonal corner buttresses with offsets rising to top of second
stage. Pointed west doorway forming main entrance; second stage has glazed
quatrefoils in arches in south and west elevations; belfry stage has louvred
Y-traceried bell chamber openings with hood moulds and returns; deeply moulded
cornice above, original pierced embattled parapet now replaced by blocking
course. East side of north elevation has a loophole on each stage to tower
stairs. Porch in tower base is octagonal in plan with a plaster ceiling;
pointed doorway into nave flanked by small doorways, both are to tower
stairs. Nave: two north windows and south-west window have cusped Y-tracery;
south-east window has had tracery removed. Transept: north transept has
cusped Y-traceried window in north end and a late C18 pedimented wall
memorial on west side to Johnathan Harris, died 1775, and Elizabeth Jenkins,
died 1774; south transept has had tracery removed from south end window
and has a 4-centred doorway in its west elevation. Chancel: gabled at
east end; 3-light east window with intersecting tracery. Interior: 4-centred
arches into transepts. Plastered throughout including ceilings; nave ceiling
is coved and has a large centrepiece with flower and feather mouldings.
Chancel retains moulded cornice. Fittings, including octagonal font,
pulpit, altar rails and pews are late C19. In the vestry (situated in the
north transept) is kept the C18 altar table with turned legs. Memorials:
in the north-east corner of the chancel is a late C15 alabaster table tomb
with the recumbent effigies of Sir Humphrey Salwey, died 1493 and his wife,
Joyce. This was removed from the old church and its position has been
reversed so that their feet now point west. The sides are decorated with
a crocketted and finialled ogee-arched blind arcade with pinnacled pilasters
and kneeling male figures beneath each archway. A group of three female
figures is recorded to be found on the west side. Either side of the east
window are early C18 memorials to the Winnington and Salwey families. Against
the south wall of the chancel is a large monument to Thomas Winnington, died
1746; it has a plinth with large side scrolls on which stands a sarcophagus
with lion's feet surmounted by a bust (possibly by Roubiliac). In the nave
are several more memorials to the Winnington family including two large brasses
with kneeling figures to Edith Winnington, died 1864, and Thomas Edward
Winnington, died 1869; also two late C18 memorials, one to the King family
and one to Dr George Butt, died 1795, and a mid-C19 memorial to the Campbell
family. The south transept also contains numerous wall memorials to the
Winnington family dating from the late C18 to the mid-C19. The site of the
original church lies beneath the lake in Stanford Park. The Winnington family
agreed to build a new church when they had the park landscaped. Despite the
loss of some of its detailing, the church is an interesting example of the
Gothick style and contains some good memorials (VCH 4, p 344-5; BoE p 263).