A Grade I Listed Building in Wigston All Saints, Leicestershire 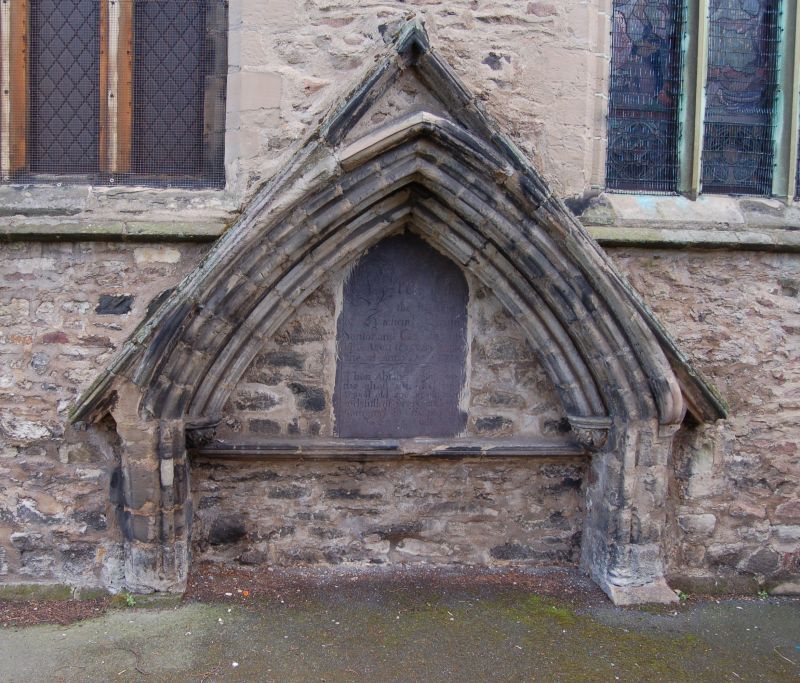 Parish Church. Largely early C14 with C15 features and conservatively
restored by C. Kirk, 1863-4. Granite and limestone rubble with limestone
ashlar dressings and leaded roofs. West tower and spire, nave with 2 aisles
and clerestory. Chancel. 4 stage tower is of coursed and squared limestone
rubble and is clasped by the aisles. Angle buttresses, west door with steep
arch and hood mould, small quatrefoil window above. Paired bell chamber
lights with transoms and central shaft. Parapet and frieze below recessed
spire. South aisle is random granite rubble with continuous string course
and parapet above which belongs with a later heightening in granite rubble.
Half timbered porch now blocked up. Decorated aisle windows of 3 and 4
lights, and 1 of a simpler form of intersecting tracery. C15 clerestory with
embattled parapet and paired lights. Tall chancel is wider than the nave and
has been heightened in granite rubble. Priests door and 3-light window of
intersecting tracery to south, 5-light Decorated east window. Vestry to
north. Decorated north aisle window tracery particularly ornate in its east
window. Wide coped gabled north porch with small triple lights in each
wall. Tomb recess or Easter sepulchre with shallow arch beneath triangular
hood mould. Inside the tower is contained within the body of the Church and
so. has arches on 3 sides; double chamfered with semi-octagonal responds.
Beyond this the nave has arcades of 4 bays, the north seeming slightly the
earlier with cylindrical shafts and double chamfered arches with corbel
heads. Capitals are finely adorned with naturalistic foliage or slightly
grotesque human figures; some link arms around the pier. Octagonal shafts to
south arcade. Both have double chamfered arches. Nave roof dated on tie
beam 1637, has curved tie beams with exuberant decoration; central bosses and
tracery in the angle with the roof slope, and decorated wall plates. Wide
chancel arch springs from heavy corbel heads. C15 screen: 6 tall traceried
arches delicately wrought, with canopy above, painted. Tomb recess in north
aisle a trefoiled arch beneath a pointed hood mould which contains a mutilated
angel's head. Piscina in the east wall. In the south aisle, piscina and
aumbrey. Windows all have shafts and hood moulds with corbel heads.
Chancel roof similar to nave thoughly of slightly steeper pitch. Sedilia and
piscina to south in foiled arches with hood moulds. Shouldered archway to
western vestry. To either side of the east window are memorial painted
panels of 1905 in a style reminiscent of Burne-Jones. They depict angels and
saints in rich colour with gilded inlay. Stained glass: in the south aisle
windows, a medieval lion is incorporated in a later pattern to the west, the 4
evanglists of 1889 and an 1875 scene from the life of Christ. The glass in
chancel east window also depicts scenes from the life of Christ, but in small
Lozenges.