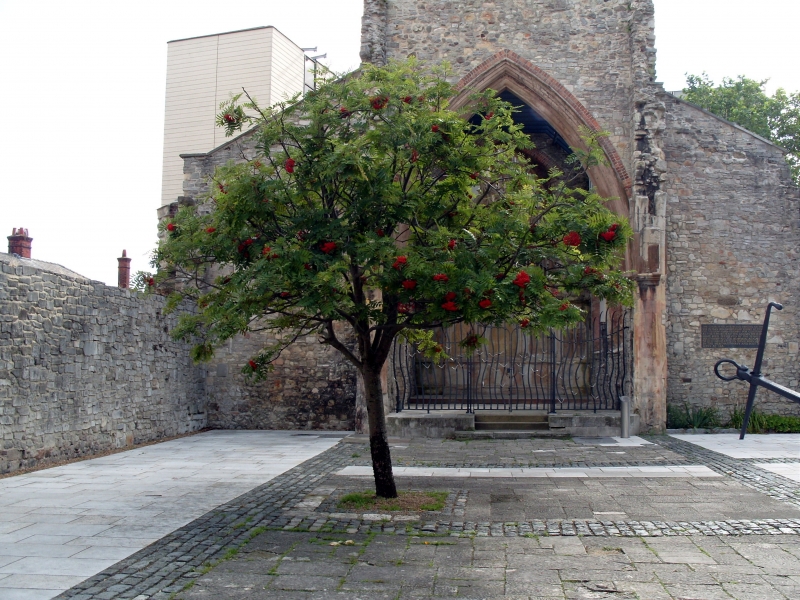 2.
This was built in 1320, rebuilt in 1849-50 retaining parts of the C14 chancel
and aisles and the south-west tower and spire and was bombed during the Second
World War. The ruins were restored in 1957 as a memorial to merchant seamen.
C14 built of stone rubble. Tower walls intact up to springing of tower roof
but the wooden spire has gone. Three stages with tall Y-tracery window on
the south side at the top of the first stage and 2-light cusples windows,
with circular tracery, to the belfry. Chancel remains substantially intact
with 2 perpendicular windows in the south wall. Blocked outline of a trefoiled
sedilia in the south wall. Under the tower is a memorial fountain, erected
in 1912-13 for those who lost their lives in the Titanic Dfisaster, removed
from its original site in Cemetery Road, the Common Stone Drinking Fountain,
supported on 4 stone columns. Curved pediment on each side with carving depicting
the 'Titanic' 4 columned cupola over all. The ruins of the church are scheduled
as an ancient monument.