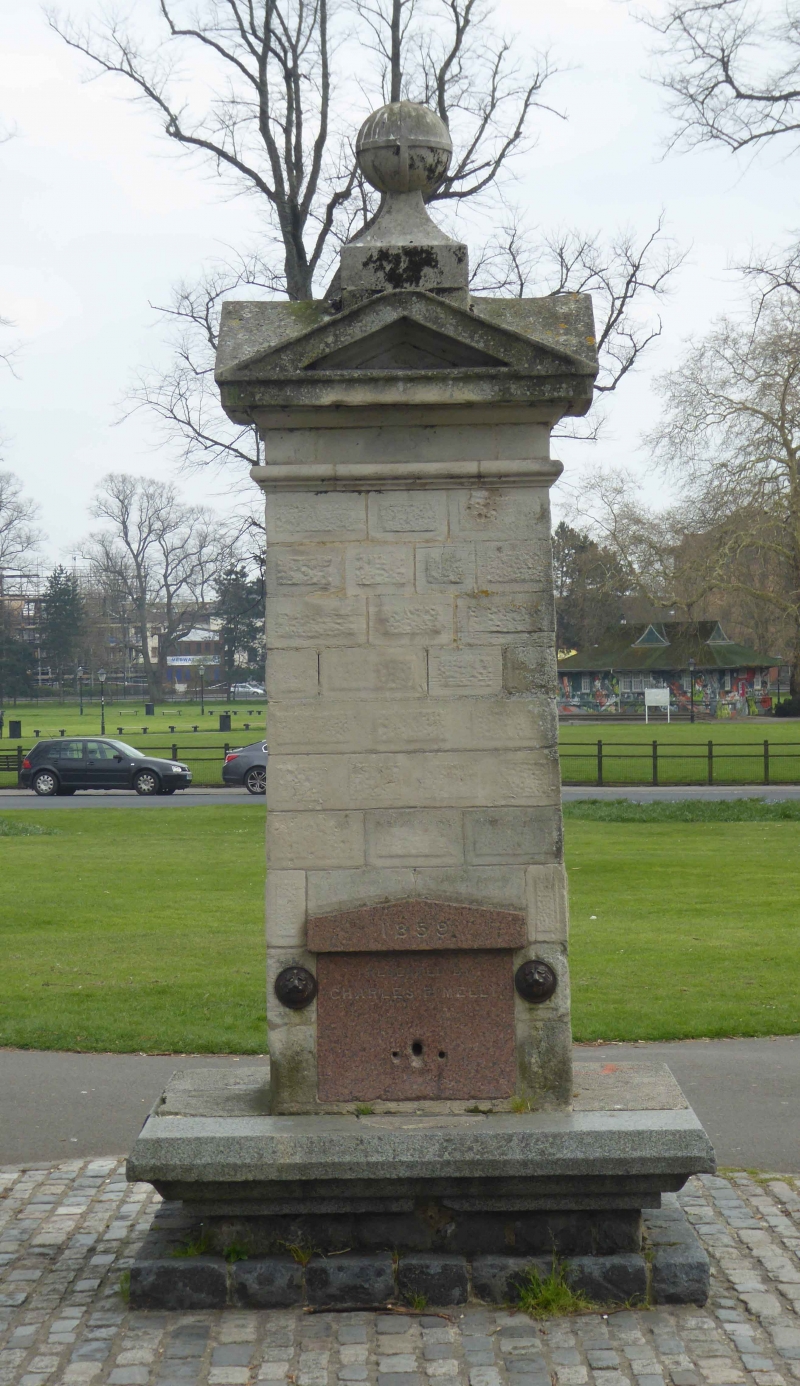 Dated 1859 with granite inscription. Built of stone. Tapering square pillar of small blocks of rusticated ashlar with cornice, pediments on all 4 sides, the whole surmounted by ball finial. Stone seats at base on all 4 sides. Two iron lions' head masks. Presented by the Victorian Philanthropst Charles Pierre Melly (1829-1888). Melly erected the first free public drinking fountains in England in Liverpool in 1854. The idea was subsequently copied in towns and cities throughout the country, and in Scotland and Ireland. London's first fountain was not erected until five years later in 1859. He was also a promoter of physical fitness and the early Olympic movement in Britain.