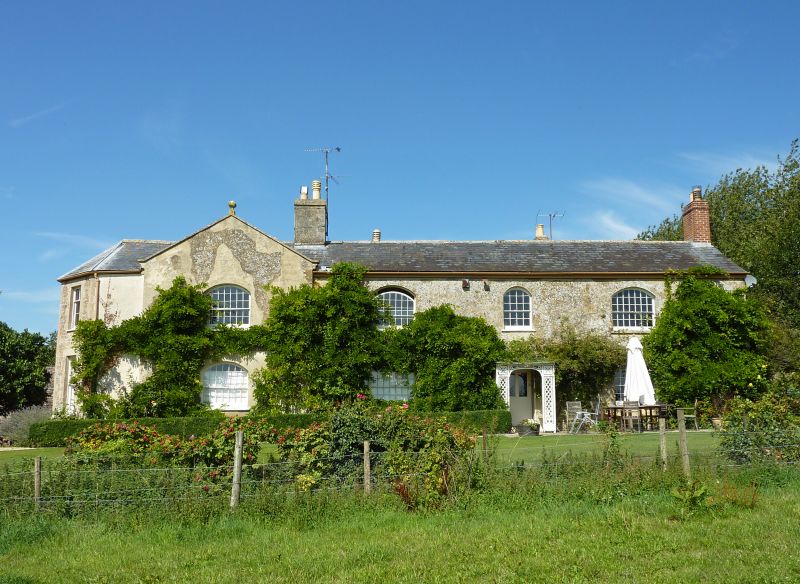 COLESHILL
SU2393
Courtleaze Farmhouse
6/43
GV
II
Farmhouse. C17 core with a 1752 addition and extensive early C19
alterations. Rubble stone with brick dressings to all facades except the
principal SE front which is cement rendered and the NE front which has stone
gabled windows. Gabled slate roofs with dressed stone copings and cement
rendered brick stacks. U shaped plan with SE front of 2 storeys, 3 bays and
a gabled 2-storey half octagon end to the SW. Early C19 small-pane sashes
under arched window heads, C20 glazed door with an early C19 latticed porch
with a copper hood. The SW range has Gothic glazing in 2-light casements
under flat heads with dripstones and to the NW a projecting dairy, built in
1752 as recorded on a datestone inscribed 'MSP 1752'. This is of one storey
with Gothic glazing and 2 half hipped slate roofs with a central valley.
Interior: there is a stopped and chamfered beam in the SE room on the ground
floor of the principal front. The dairy has C18 stained glass, a mosaic
floor and C19 wall tiling including the Pleydell-Bouverie crest.