A Grade I Listed Building in Long Melford, Suffolk 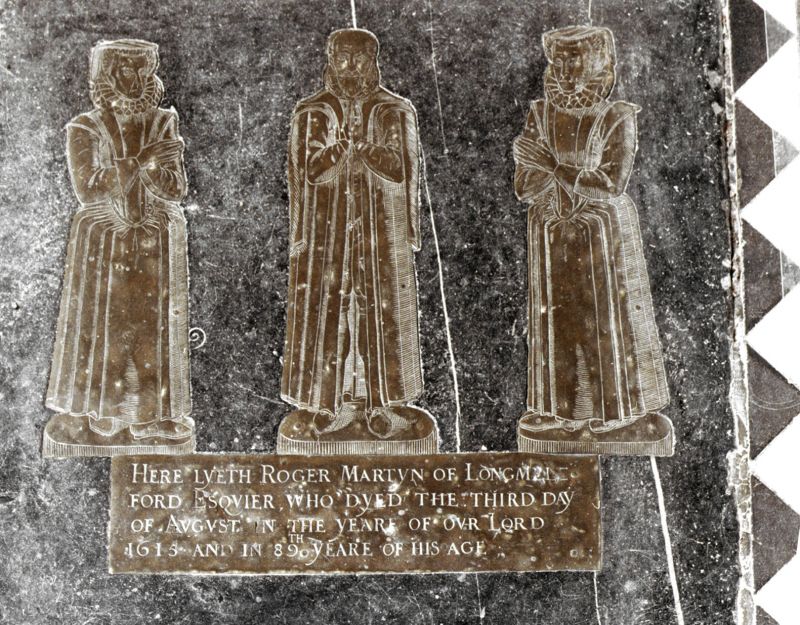 2.
A magnificent example of late perpendicular clerestoryed nave and chancel
rebuilt on the site of an earlier church between circa 1460 and circa
1495. The 5 west bays have the C14 piers of the earlier church. The
Lady Chapel, added to the east end, was built by the Cloptons of Kentwell
Hall in 1496 and the west tower was built between 1898 and 1903 to the
designs of the architect G F Bodley. The length of the church, including
the Lady Chapel is some 250 ft. The church is of flint and stone with
richly ornamented flushwork on the south side. The nave and chancel has
a castellated parapet with flat roofed north and south aisles. A notable
feature of the exterior is the extensive series of memorial inscriptions
exhorting prayer for the souls of the many who contributed to the building
of the church and their families, which extend in decorative bands round
the church. From these inscriptions the building of the church can be
closely dated. The clerestory 1481, the south chapel 1484 and the Lady
Chapel 1496. The nave and chancel has fine moulded arch braced cambered
beams with carved spandrels with moulded ridge beams, purlins and joists.
The Lady Chapel, built separately from the church, is linked to the chancel
by single storeyed vestries. It is designed as an interior shrine surrounded
by an ambulatory, with fine moulded cambered beams and joists to the roofs.
The Clopton chapel, to the north of the chancel has a number of good C15
and C16 brasses and the Clopton chantry which adjoins on the east has
the monument to John Clopton (d 1497), a plain tomb chest of Purbeck marble.
In the chancel, immediately south of the altar is the large and elaborate
monument to Sir William Cordell, Master of the Rolls (d 1581), designed
by Cornelius Cure, master mason to the crown. In the north wall of the
nave there is a fine, small, bas relief in alabaster of the Adoration
of the Magi (dated circa 1350) probably from the earlier church. Graded
for its outstanding architecutral, historical and topographical value.