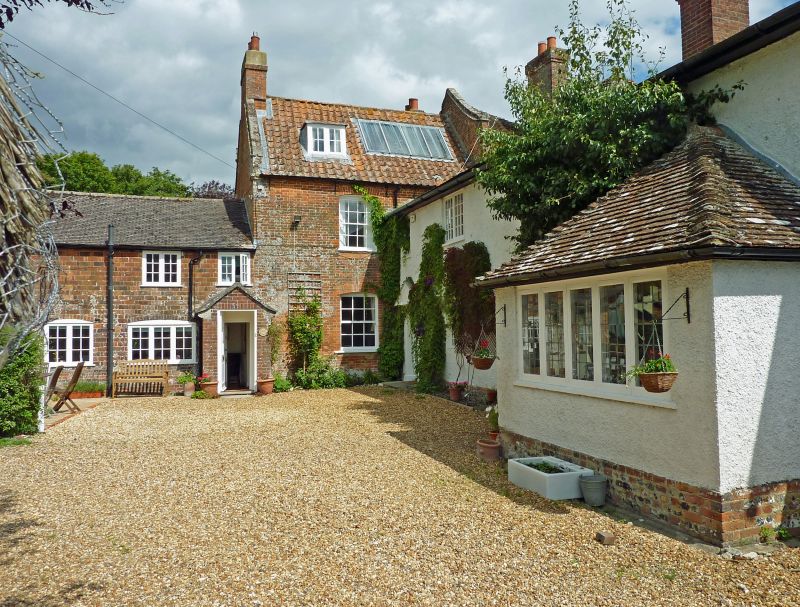 5/26 Enford House
II
House, formerly the vicarage, late C17-C18, 1784 and early C19.
Brick with tiled roof, comprising an early wing with a pantiled
roof, to which is added in the late C18 (1784 datestone) an eastern
block, 3 x 1 bays, of 2 storeys. Central 6-panelled door and
fanlight with timber doorcase and bracketed canopy. Twelve and 6-
pane sashes with cambered brick lintels and brick dentilled eaves
and a hipped roof. To the south, an early C19 extension, rendered
with bricks gable to road. Attached to the west of the first
building, a C19 single storey building of rat-trap bond and C20
tiled roof. The building was near derelict before rebuilding in
1784.