Pair of gate piers at entrance to All Saints Churchyard 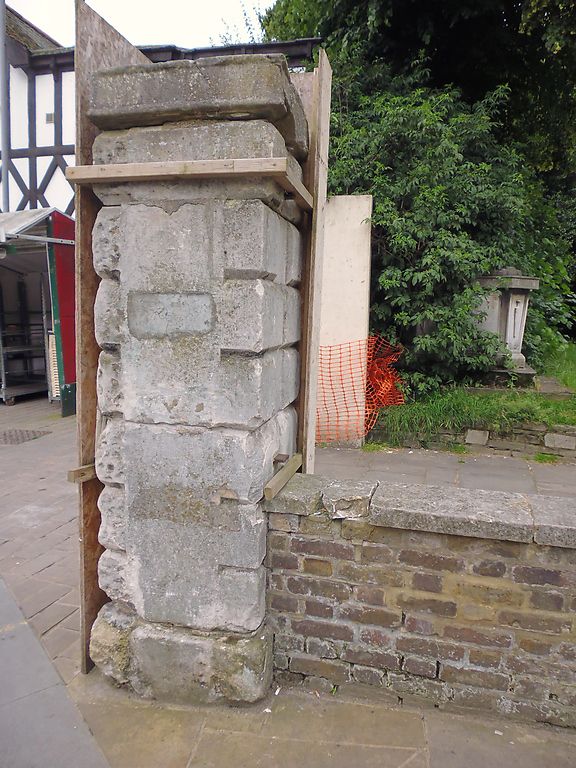 Entry Name: Pair of gate piers at entrance to All Saints Churchyard

Two late 17th century stone gate piers. Ashlar. Vermiculated to one side. Carved acanthus capitals. Flanking entrance from Church Street to the east of the Church.